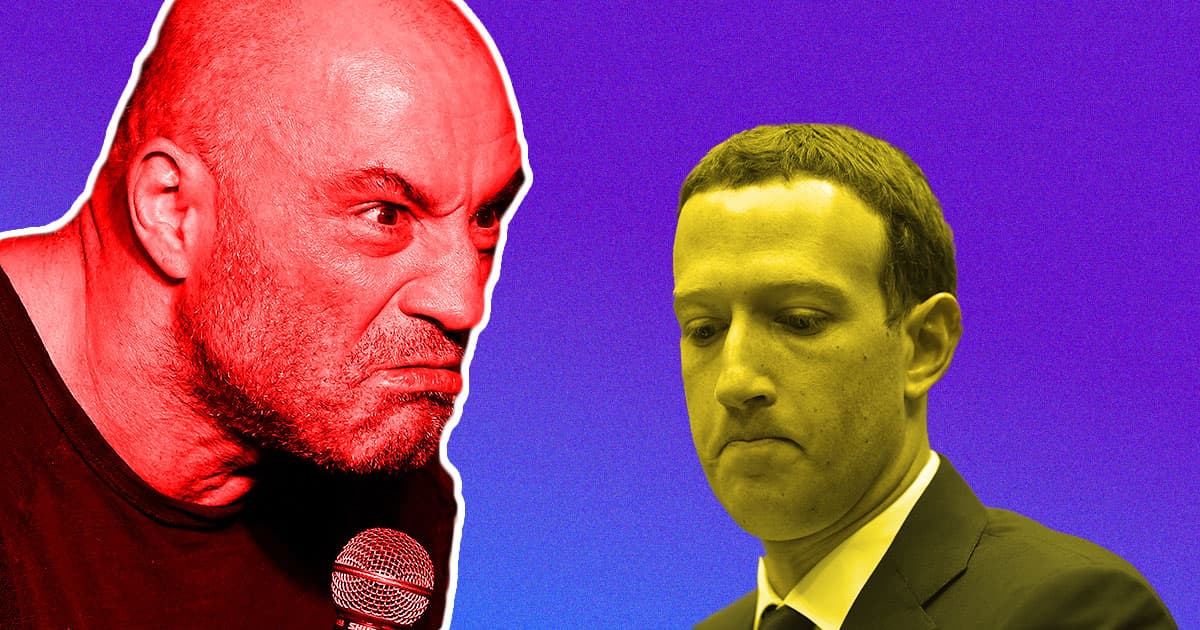 That has GOT to hurt.

That has GOT to hurt.

When Joe Rogan — a champion of misinformation who likes to give some of the most braindead conspiracy nuts a platform by hosting them on his podcast — happens to be right, he's right.

Rogan sat down this week with Meta-formerly-Facebook CEO Mark Zuckerberg to chat. When the privacy implications of the company's hardware came up, Rogan managed to undermine Zuckerberg's arguments in a depressingly simple way.

When Rogan asked Zuckerberg if Facebook's Ray-Ban-branded Stories smart glasses bring "about any privacy concerns," Zuckerberg replied that "we designed it to have a light on it," which, he argued, "is actually a pretty important part of this."

The small LED light next to the smart glasses' camera is meant to notify others in public spaces that somebody is recording them — but with one fatal flaw, Rogan pointed out.

"Couldn't you just put a piece of tape over the light?" Rogan asked — an otherwise tiny design flaw that could have major privacy implications.

Zuckerberg didn't seem to have much of a counterargument in mind.

"I guess you could in theory," he stammered.

The innocuous-looking pair of sunglasses with a built-in camera were released by Facebook last September — but they didn't exactly fly off the shelves.

Instead, the immediate reaction from the media was almost unanimous: not only are they creepy, but there couldn't have been a worse brand behind them. After all, Facebook has practically become synonymous with privacy scandals and personal data leaks over the years.

Rogan is far from the first to point out the simple workaround. Shortly after their release, the smart glasses kicked off a lengthy privacy debate. Facebook's defense at the time was to argue that taping over the LED light would be a violation of the glasses' terms of service agreement, as BuzzFeed News reported at the time.

In other words, tampering with the light wouldn't really have any meaningful real world implications.

The kicker? It's been known for years that Zuckerberg himself tape over his webcam for privacy reasons.

More on the glasses:  Taping Over Camera LED on Our Glasses is a TOS Violation