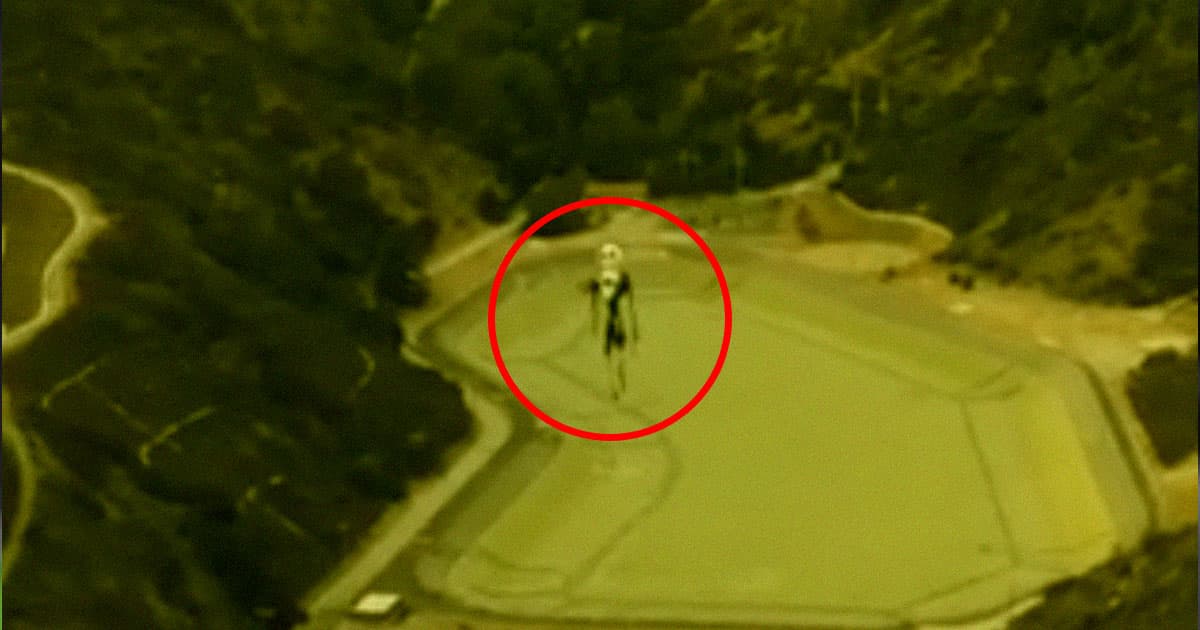 Jetpack Sighting May Have Been Something Very Stupid, Cops Say

Well, that's a bit of a letdown.

Well, that's a bit of a letdown.

Last year, pilots flying near Los Angeles International Airport started reporting something strange: a person seemingly flying around using a jetpack — and far too close to the airfield.

An investigation by the Federal Aviation Administration and the FBI still hasn't come up with any definitive answers as to what the hell the pilots saw. Even efforts using law enforcement aircraft yielded no results.

But now, we may have a tentative answer: the jetpack sightings may have been humanoid-shaped balloons. An image and a video released by the LA police department show a balloon in the shape of Jack Skellington, from the film "The Nightmare Before Christmas," flying over LA — rather than some daredevil Evel Knievel blasting past commercial airliners.

"The FBI has worked closely with the FAA to investigate reported jetpack sightings in the Los Angeles area, none of which have been verified," the FBI told Fox11 in a statement. "One working theory is that pilots might have seen balloons."

Return of the Jetpack

The video released by the City of Los Angeles shows the Jack Skellington balloon zipping through the air like some early Halloween prank.

Pilots made several sightings of the mysterious jetpack starting in August 2020. Then in August of this year, "jetpack guy" made an even more mystifying return, according to reports LAX from air traffic control.

"Use caution, the jetpack guy is back," an air traffic controller told other pilots in the area at the time, according to the LA Times.

Could the Jack Skellington balloon really be behind all of the bizarre jetpack sightings? We may never know with any degree of certainty.

One thing's for sure: now that jetpacks exist, we're probably going to hear periodic rumors — true or false — that they've been spotted in the wild.

More on the jetpack: That Jetpack Guy Is Reportedly Buzzing Around Airports Again

See What Past Generations Thought Today's Cities Would Look Like
2. 25. 17
Read More
Jetpacks are One Step Closer to Becoming Standard for U.S. Soldiers
6. 14. 16
Read More
Going Down
Scientists Say the Sun Is Acting Up and Causing Satellites to Fall Back to Earth
Yesterday
Read More
+Social+Newsletter
TopicsAbout UsContact Us
Copyright ©, Camden Media Inc All Rights Reserved. See our User Agreement, Privacy Policy and Data Use Policy. The material on this site may not be reproduced, distributed, transmitted, cached or otherwise used, except with prior written permission of Futurism. Fonts by Typekit and Monotype.