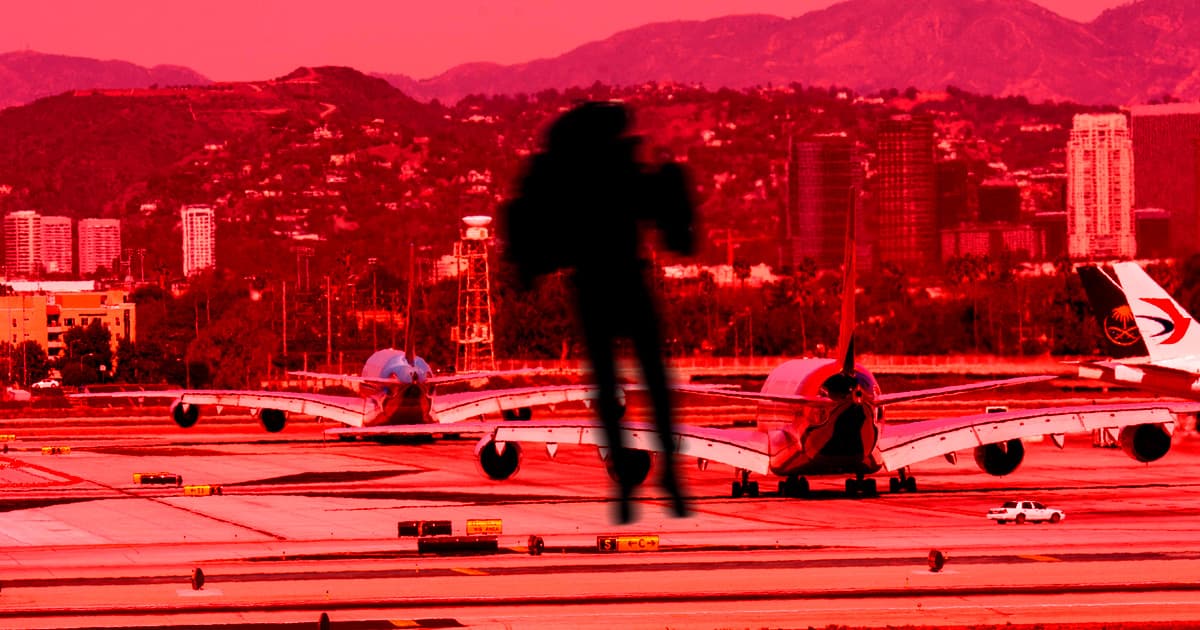 On September 1, an American Airlines pilot saw something highly unusual while looking outside the window at about 3,000 feet, shortly prior to landing at the Los Angeles International Airport.

"Tower, American 1997, we just passed a guy in a jetpack," the bewildered pilot told LA’s tower, as ABC 7 News reported at the time.

Then, this Wednesday, China Airlines pilots made yet another strange sighting at about 6,000 feet, describing an unidentified object that looked "like a jetpack." Air traffic controllers got in touch with nearby jetliners — but other pilots saw nothing.

A law enforcement aircraft immediately flew to the location where the jetpack was sighted — but found nothing, the LA Times reports.

An Accident Waiting to Happen

"The FBI is in contact with the FAA and investigating multiple reports of what, according to witnesses, appeared to be an individual in a jet pack near LAX, including one today by a China Airlines pilot," the FBI told the LA Times in a statement.

Even jetpack manufacturers are bewildered by the news. "There are only a handful of companies working on this type of technology, and none of us have heard about anybody doing something like this," David Mayman, chief executive of the Los Angeles-based Jetpack Aviation, told NBC.

"The question is, why the heck would you go fly around LAX? You need to have your head read," he added. "That’s a catastrophic accident waiting to happen."

READ MORE: This jetpack maker isn't so sure that's what's been spotted over the L.A. skies [NBC News]

More on the mystery: Pilot Sees Man in Jetpack Flying Near Planes at LAX

Personal Aviation
Inventor Says He's Built a Real Life Flying Motorcycle
5. 6. 22
Read More
Miss Elon Musk’s Boring Company Update? Here’s What You Need to Know
5. 18. 18
Read More
Elon Musk's Boring Company Wants to Build a Second Giant Tunnel Under LA
1. 23. 18
Read More
+Social+Newsletter
TopicsAbout UsContact Us
Copyright ©, Camden Media Inc All Rights Reserved. See our User Agreement, Privacy Policy and Data Use Policy. The material on this site may not be reproduced, distributed, transmitted, cached or otherwise used, except with prior written permission of Futurism. Articles may contain affiliate links which enable us to share in the revenue of any purchases made.
Fonts by Typekit and Monotype.