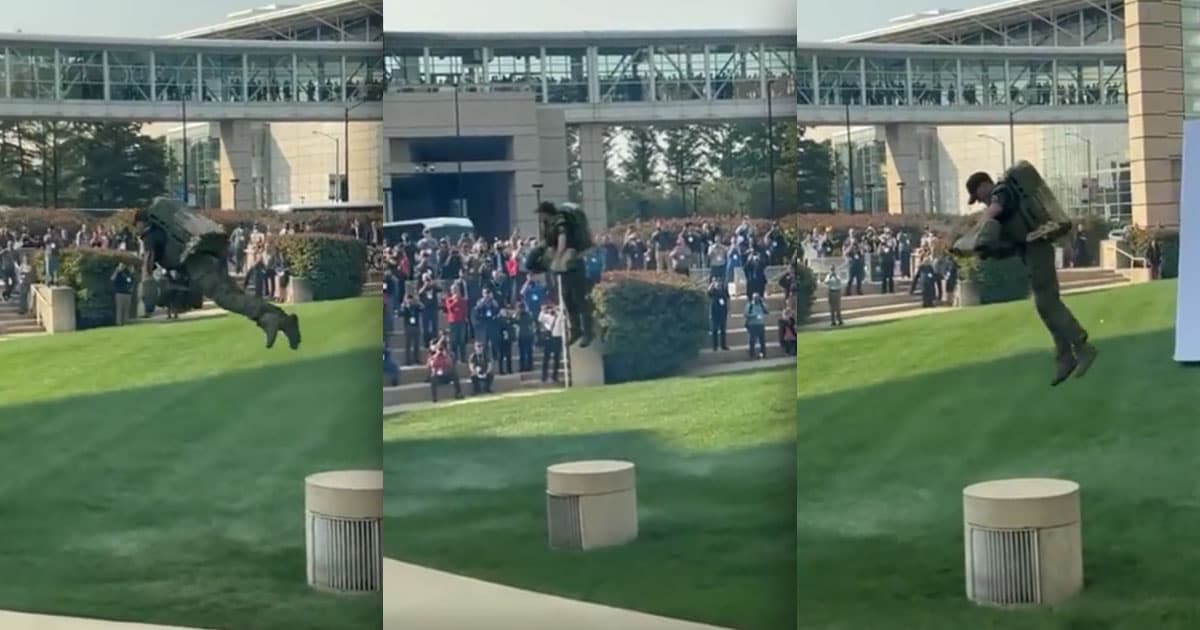 A video of Gravity Industries founder — and jetpack inventor — Richard Browning performing some daring stunts at this year's International Manufacturing Technology Show in Chicago went viral over the weekend.

Instead of simply zipping back and forth over a desolate mountainside, city river, or lake, Browning mixed it up this time, with astonishing results.

The video shows him leap from one concrete platform to the next some 30 feet away, not unlike Super Mario jumping from pipe to pipe — an impressive demonstration of the jetpack's agility and a mere glimpse of what's possible.

Gravity's suit relies on two arm-mounted thrusters and an oversized back-mounted system, totaling seven small jet engines, that allow its wearer to modify their direction and altitude on the fly, Iron Man-style.

Beyond showing off the suit in front of an audience, there are real-world applications for the Gravity's invention. In an interview at the event, Browning highlighted utility to paramedics or search and rescue teams, who could use it to cover difficult terrain far more easily.

"We've proven that in tough to navigate conditions like mountains or urban block congested conditions, we can get there super quick," Browning said.

Last year, the company also showed off the suit being used to board a military vessel on the open sea.

As for what it feels like to take off, Browning likened it to dreaming of flying.

"It is you moving as effortlessly as skiing or riding a bike," he added. "It is pretty euphoric."

More on the suit: Residents Astonished When Man in Jetsuit Cruises Through Arch in Bridge