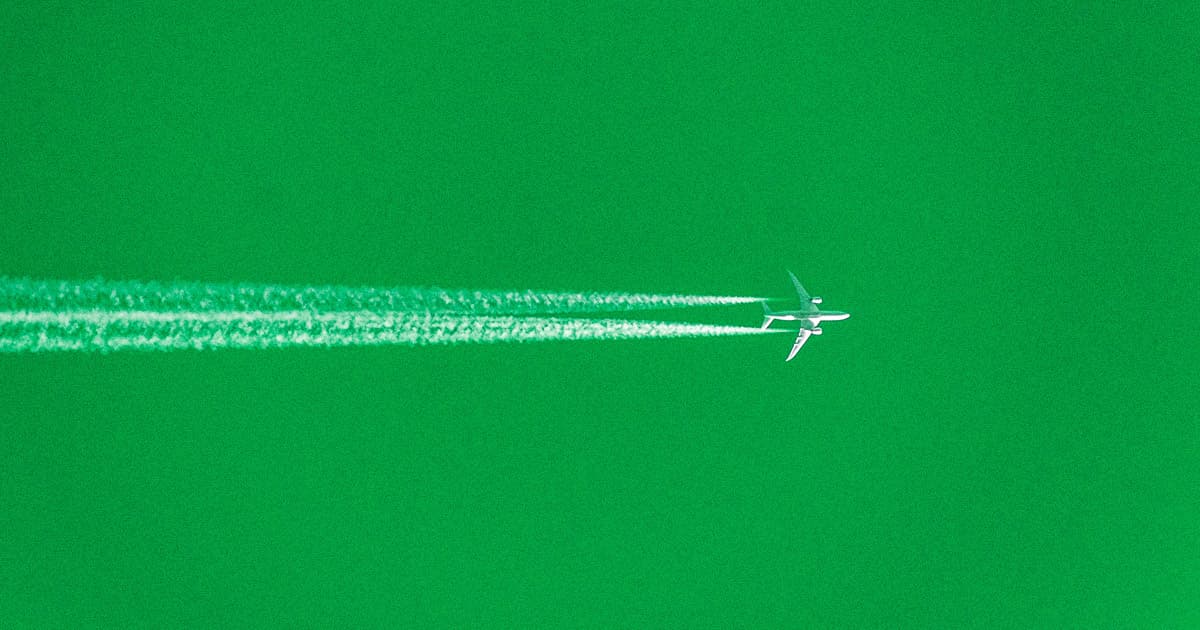 Emissions are complicated, but one thing's for sure: jetliners — and their fuel — are terrible for the climate. But in a bright hint of a more environmental future, several airlines are now signing deals with a company that might just lessen their environmental toll.

The financial terms are unknown, but the amounts are appreciable: JetBlue is to buy 25 million gallons of sustainable aviation fuel (SAF) from the startup between the years 2023 and 2027, while Virgin will reportedly purchase up to 100 million gallons over the course of a decade.

Air Company's product is appealing for a few different reasons. The environmental angle is compelling, naturally, but it's also what's called a "drop-in" fuel, meaning it works with traditional airplane engines. The fuel itself may or may not be pricey, but airlines have no need to worry about replacing or refurbishing the aircraft they already have.

Sara Bodgan, sustainability director at JetBlue, told Fast Company that Air Company's SAF "has the potential to achieve commercial viability at scale," and will be a "game-changer for our industry to significantly and quickly drive down our emissions."

But to that point, while this is an intriguing experiment for the air travel industry, we'd be remiss to point out that in the grand scheme of air travel, 25 million gallons — or even 100 million gallons — of jet fuel isn't actually that much. This is a market responsible for roughly 2 percent of all global emissions, and per Statista, the industry's total jet fuel consumption rang in at a sky-high 10.28 billion gallons. And that was a pandemic year! In 2019, the industry went through approximately 18.27 billion gallons, and the year prior saw another 17.87 billion burned.

Of course, we're happy to see big-name businesses embrace sustainable changes, and from vodka to SAFs, Air Company is certainly onto something. A proof of concept is exciting, but as it's always worth remembering, greener doesn't necessarily mean green.

Airplane Noise Can Be Reduced With a Simple Solution
3. 9. 18
Read More
This Material Could Allow NASA Planes to Cross the Country in Under an Hour
10. 18. 17
Read More
New Tests Could Lead to Travel That's Faster Than the Speed of Sound
1. 26. 17
Read More
+Social+Newsletter
TopicsAbout UsContact Us
Copyright ©, Camden Media Inc All Rights Reserved. See our User Agreement, Privacy Policy and Data Use Policy. The material on this site may not be reproduced, distributed, transmitted, cached or otherwise used, except with prior written permission of Futurism. Articles may contain affiliate links which enable us to share in the revenue of any purchases made.
Fonts by Typekit and Monotype.