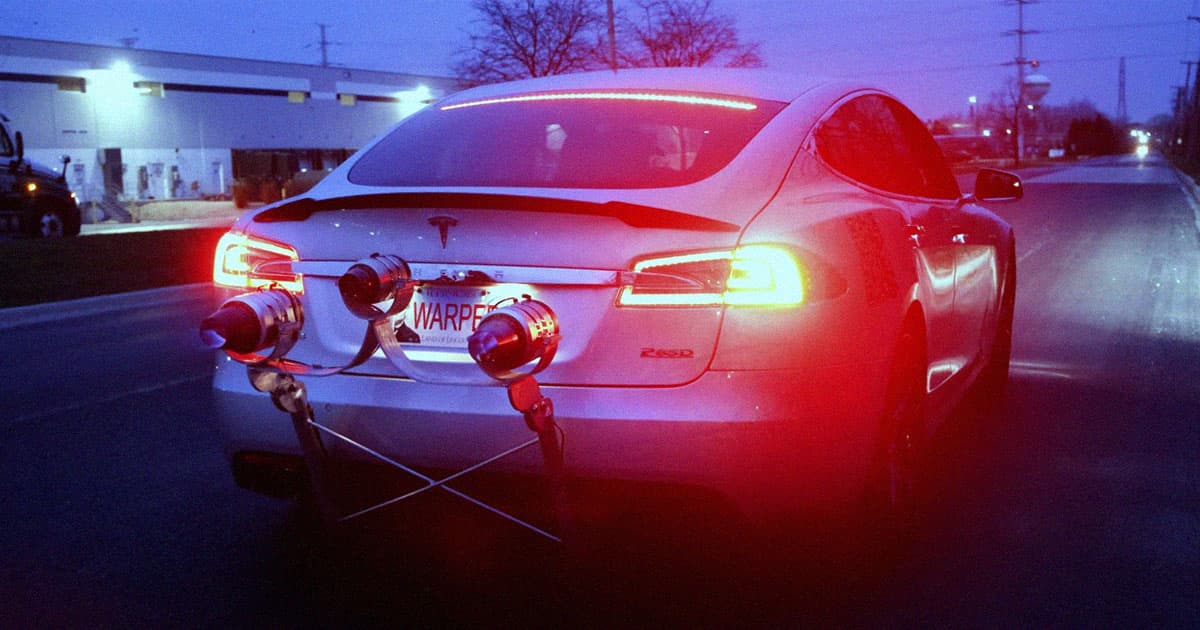 Someone Strapped Three Jet Engines to a Tesla and, Uh, Wow

This guy did it first.

This guy did it first.

It's been over two years since Tesla CEO Elon Musk promised — or maybe joked? — that the upcoming and long-awaited Roadster will be available with a futuristic add-on: a "SpaceX package" that would allow the next-generation hypercar to accelerate using rocket power developed in-house by SpaceX or even "hover."

We haven't heard many updates on that ambition from Musk lately, but YouTuber Matt Mikka, from the channel Warped Perception, took matters into his own hands. The tinkerer attached three jet thrusters to the back of his Tesla Model S in a recent video, allowing him to drive the 4,500 pound vehicle on jet power alone.

It's not exactly the next step in renewable energy transportation. The system uses about one to 1.5 gallons of "hydro diesel" fuel per minute, according to Mikka — but it appears to be a compelling proof of concept for Tesla's plans with its next-gen Roadster.

The engineer even went as far testing his futuristic new invention in the real world. Once merged onto the highway — and making sure nobody was behind him — Mikka let it rip, allowing all three jet engines to run at full power.

At one point, Mikka was able to keep his Model S moving at around 60 mph on just two of the three engines (one flamed out), with the vehicle itself in neutral.

The test didn't go by without hiccups.

"Oh man, I don't know what that smell is," Mikka said ominously, before refueling at a gas station with kerosene.

The Model S was able to shave almost a second off of the Model S' 0 to 60 mph time in a sprint using the three thrusters.

Now, we just have to wait for Musk to make good on his promise, and compare the numbers.