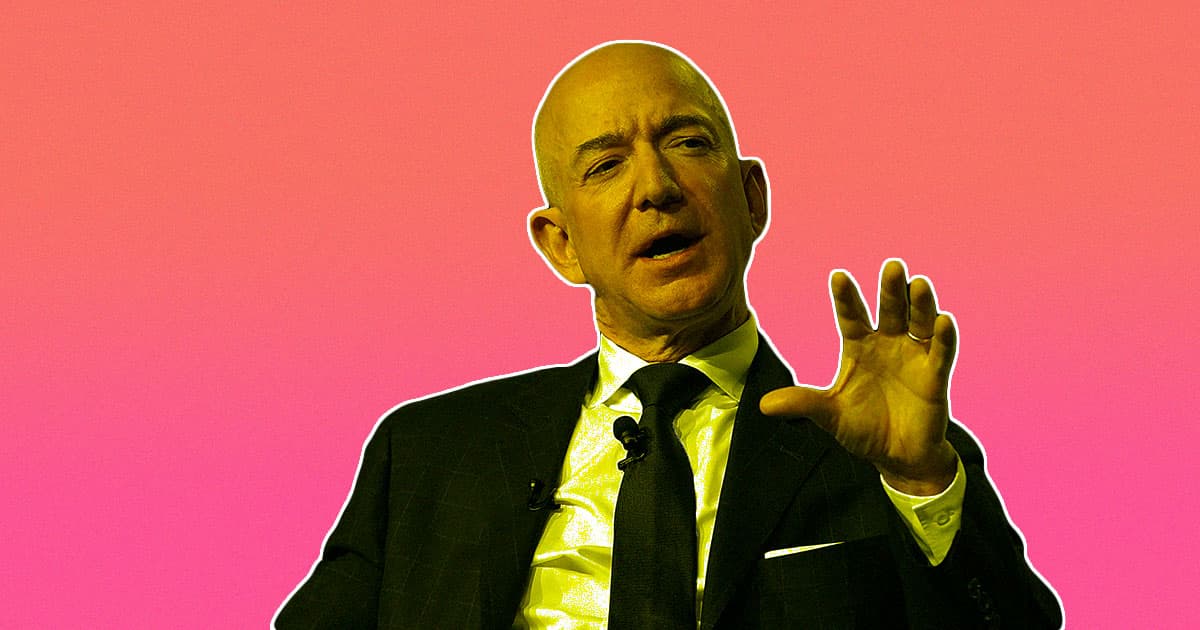 "If we're not in a recession right now, we're likely to be in one very soon."

"If we're not in a recession right now, we're likely to be in one very soon."

Amazon founder and billionaire CEO Jeff Bezos has warned consumers and small business owners to hold off on making expensive purchases ahead of the holiday season.

"What I can tell you is the economy does not look great right now," Bezos said in a sit-down interview with CNN released on Monday, after being asked by reporter Chloe Melas if the economy was in a recession.

Bezos, seated with girlfriend Lauren Sanchez, contended that "if we're not in a recession right now, we're likely to be in one very soon."

"Take some risk off the table... keep some dry powder on hand," he added. "If you're thinking about buying a large screen TV, maybe slow that down, keep that cash, see what happens."

It's probably not the advice you expected to hear from the man who owns and runs the online retailer that dominates Black Friday sales every year, in addition to its just-as-lucrative Cyber Monday sale which follows only days later.

Bezos' sage words dropped not too long after The New York Times reported that Amazon plans to lay off some 10,000 employees, mostly from its Alexa, retail, and human resources division, which would be one of the largest cullings in the company's history.

So it looks like Bezos will be doing some penny pinching of his own, at the expense of thousands of workers — but probably not of his own wallet. In another segment of the interview, Bezos gloated about how he was going to give away his massive fortune and that he'd be donating $100 million to singer and philanthropist Dolly Parton.

Overall, the advice rings hollow, and seems more like the words of someone looking for a PR victory than of a magnanimous altruist.

Still, if Amazon ahead of its usually moneymaking season is "[battening] down the hatches," as Bezos recommended others do in a tweet, things do start to sound a little grim.

Of course, saving money isn't bad advice, but coming from a guy who, in the same interview, casually threw around the idea of buying a whole goddamn football team — well, maybe he's the wrong person to be peddling it.

More on Jeff Bezos: Jeff Bezos' Housekeeper Says She Had to Climb Out the Window to Use the Bathroom