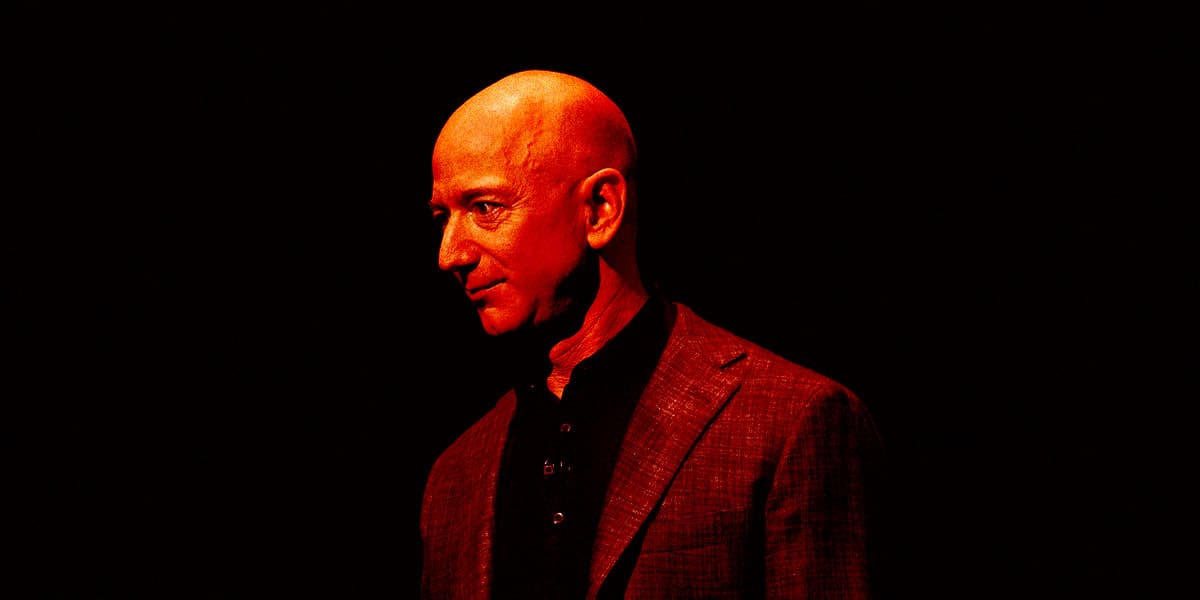 Jeff Bezos Is No Longer the World's Richest Man

The Second Richest Man on Earth

As if being beaten to space by Richard Branson wasn’t enough, Jeff Bezos is coming in second once again now that he’s no longer the world’s richest man.

Richard Arnault, owner of luxury brand Louis Vuitton, took the top spot from the Amazon founder after he was reported to be worth $196 billion on Thursday, according to Insider. Meanwhile, Bezos net worth is a paltry $186 billion in comparison.

Despite the pandemic still raging throughout the world, Louis Vuitton saw a bounce back from their 2020 lows throughout Q1 and Q2 as the vaccine began to be distributed and people began shopping again. In fact, many of the company’s brands saw record sales in the first half of 2021, reports Insider.

Last week, Amazon announced an earnings slump of roughly 7 percent — which meant that Bezos likely lost about $14 billion in a single day. Combined, these two factors led to the Blue Origin founder losing his top spot as world’s richest man.

Bezos isn’t likely spending too much mental energy worrying about this. For one, the ebbs and flows of the market will likely see him back at the top spot soon enough — especially when you consider the fact that Amazon isn’t going to get smaller anytime soon.

Plus he’s way too busy doing other important things like getting into meme wars with SpaceX and Elon Musk.

More on Bezos: Advisers Reportedly Begged Bezos Not to Copy Elon Musk So Much