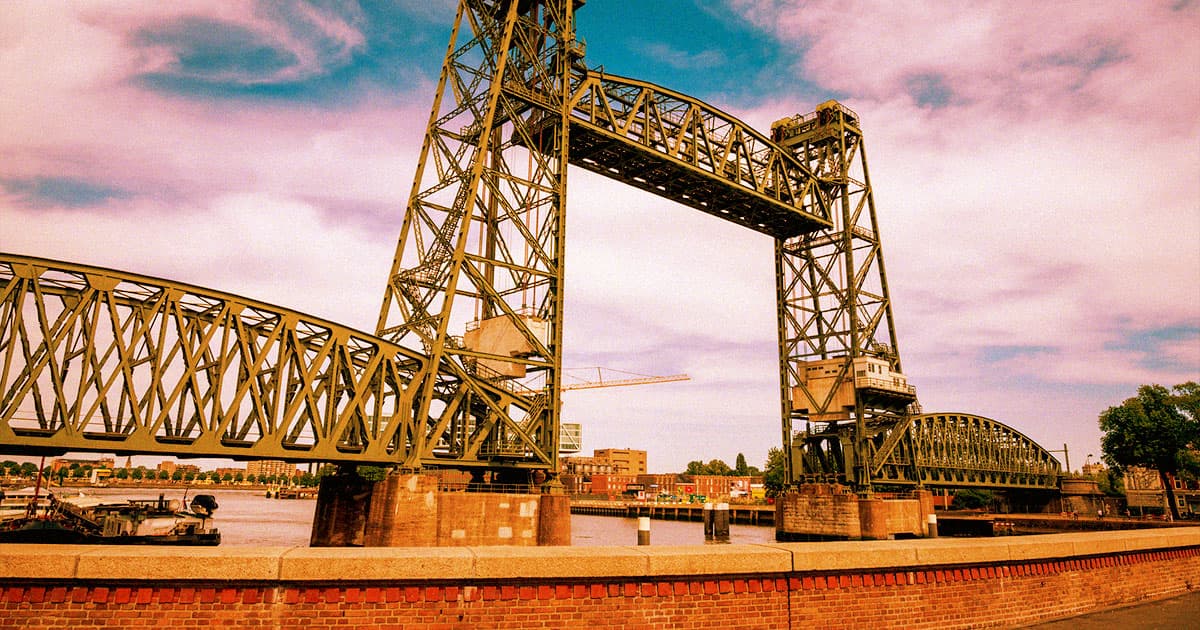 An iconic bridge in the Dutch city of Rotterdam will soon be partly demolished so that Amazon founder Jeff Bezos' superyacht can pass through, according to local news broadcaster Rijnmond — an obscene display of wealth and privilege by the one of the richest people in the world.

The historic bridge, called the Koningshavenbrug, was originally constructed over the river in 1927 and was heavily damaged during World War II. These days, it's much beloved by locals and seen as an integral part of the seaport city's history. While it stopped serving as a way for trains to cross in 1993, a 2014 plan to demolish the iconic bridge was met with much resistance from residents, according to Rijnmond.

Bezos has ordered himself a massive, three-mast yacht, which is being built at a local shipyard called Oceano. But there's one big problem: it will be way too large to safely pass under the bridge, even when the bridge's central section is extended to its maximum height of 131 feet.

"The only alternative is to take out the middle part," project lead Marcel Walravens, who helped renovating the bridge between 2014 and 2017, told Rijnmond.

"It's the only route to the sea," spokesman for the mayor of Rotterdam told Agence France-Presse. The mayor insists Bezos' order will boost the local economy and create jobs.

At least, the billionaire and the shipyard have agreed to foot the bill of temporarily dismantling the bridge.

Oceano has built several superyachts for other US billionaires including Jerry Jones, owner of the Dallas Cowboys. His vessel, the Bravo Eugenia, is over 350 feet long and only the fourth largest the shipyard has built. It can house 14 guests and a crew of 30, including the captain.

It will take a few weeks to dismantle the iconic bridge — just so Bezos gets to spend a holiday at sea.