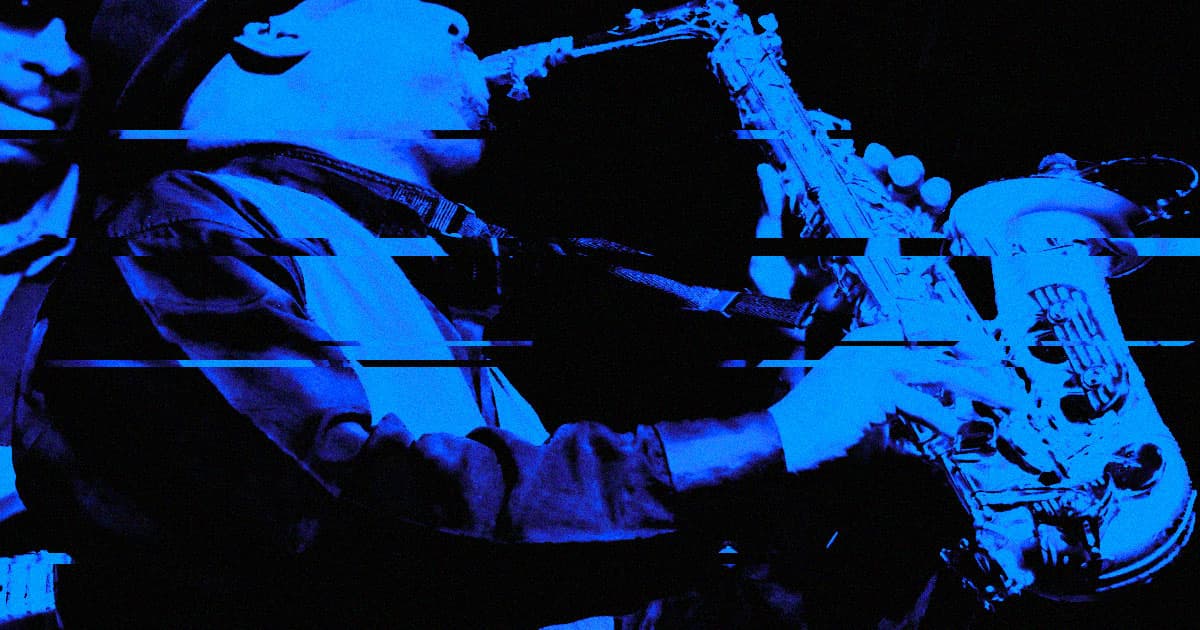 Jazz Generated by a Neural Network Is Absolutely Terrifying

A pair of musicians-turned-programmers used a John Coltrane record to train a neural network.

The result is a provocative glimpse of what it sounds like when an algorithm deconstructs a piece of human art — and reassembles it into something a human would never create.

The music the algorithm produces, which is streamed live 24 hours a day, is uncanny.

For a few minutes, it'll produce plausible-sounding free jazz. Then the drums will segue into an inhuman trill, or the horns will disintegrate into a cacophonous wash of sound.

Let's just say that it's not your dad's jazz.

Dadabots, which is a collaboration between coders CJ Carr and Zack Zukowski, has done other experiments with AI-generated music.

More on Dadabots: Listen to Brutal Death Metal Made by a Neural Network

AI Bigots
That AI Image Generator Is Spitting Out Some Awfully Racist Stuff
6. 15. 22
Read More
Mind Bender
Physicist: The Entire Universe Might Be a Neural Network
9. 9. 20
Read More
AI Baby
Listen To An AI's Nightmarish Beatboxing
12. 4. 18
Read More
+Social+Newsletter
TopicsAbout UsContact Us
Copyright ©, Camden Media Inc All Rights Reserved. See our User Agreement, Privacy Policy and Data Use Policy. The material on this site may not be reproduced, distributed, transmitted, cached or otherwise used, except with prior written permission of Futurism. Articles may contain affiliate links which enable us to share in the revenue of any purchases made.
Fonts by Typekit and Monotype.