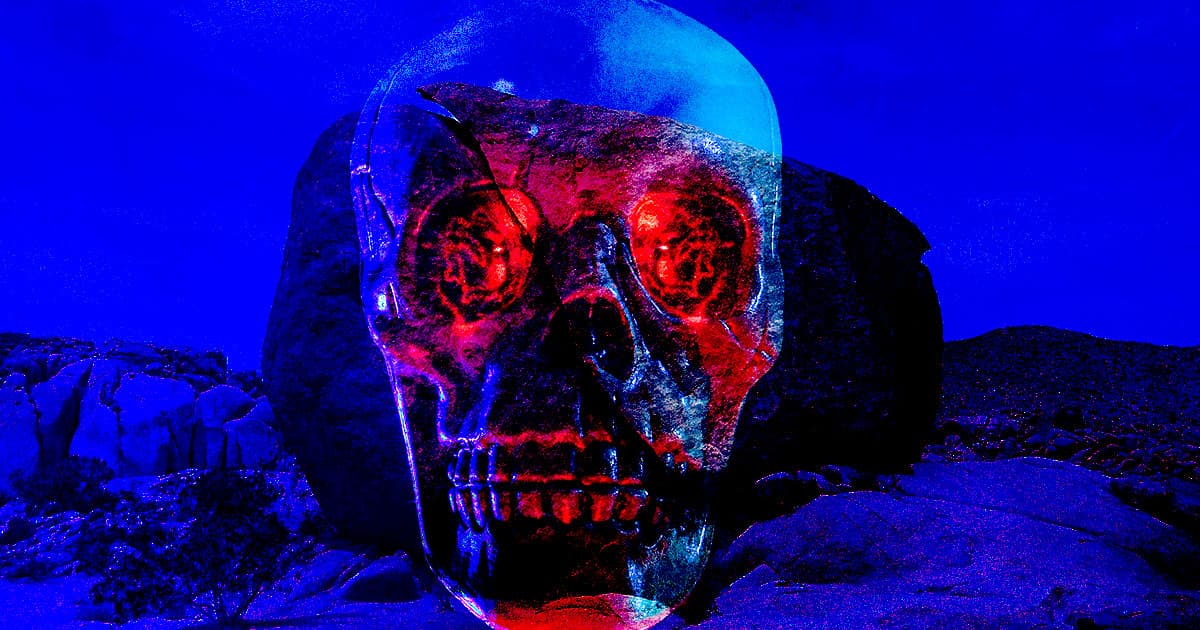 Well, this can’t be good.

A rock in Japan known as the "Killing Stone" has broken in half — potentially releasing an evil, nine-tailed fox spirit that was believed to have resided in the rock, The New York Times reports. Oh, and the demon is supposedly deadly to humans. Cool.

The volcanic rock was split in Nikko National Park roughly 100 miles north of Tokyo some time this month. When it was whole, it stood roughly six feet tall and was 26 feet in circumference. Park rangers had been observing a growing crack in the rock for years, so at least the split wasn’t a complete surprise.

According to Japanese legend, the rock was haunted by an evil fox spirit dubbed "Tamamo-no-Mae" for 1000 years. The spirit supposedly haunted the rock after it seduced and killed real-life Japanese emperor Toba. Palace guards shot at the spirit with arrows and transformed it into a cursed rock.

Over the centuries, the stone has been blamed for animal and human deaths in the area. Now that it’s split, people believe that might have unleashed the demon on the world and could result in untold destruction.

Nick Kapur, a professor of Japanese history at Rutgers University, believes public interest in the rock’s split is a good indicator of the absolute hellish nightmare the world has become as of late.

"There’s a kind of millenarian sense in the air, an apocalyptic feeling, with the coronavirus and this war in Ukraine," Kapur told the Times. "People are feeling like, ‘Ah, why is all this stuff happening now?’ And so maybe this stone cracking open at this particular time just touches a nerve."

He’s not wrong either. Between the global pandemic that has claimed millions of lives along with the very real potential of a World War brewing with the Russian invasion of Ukraine, things are looking more dire than ever. Honestly, a cursed fox demon might not be the worst of our issues.

READ MORE: A ‘Killing Stone’ Broke in Japan. Is a Demon on the Loose? [The New York Times]