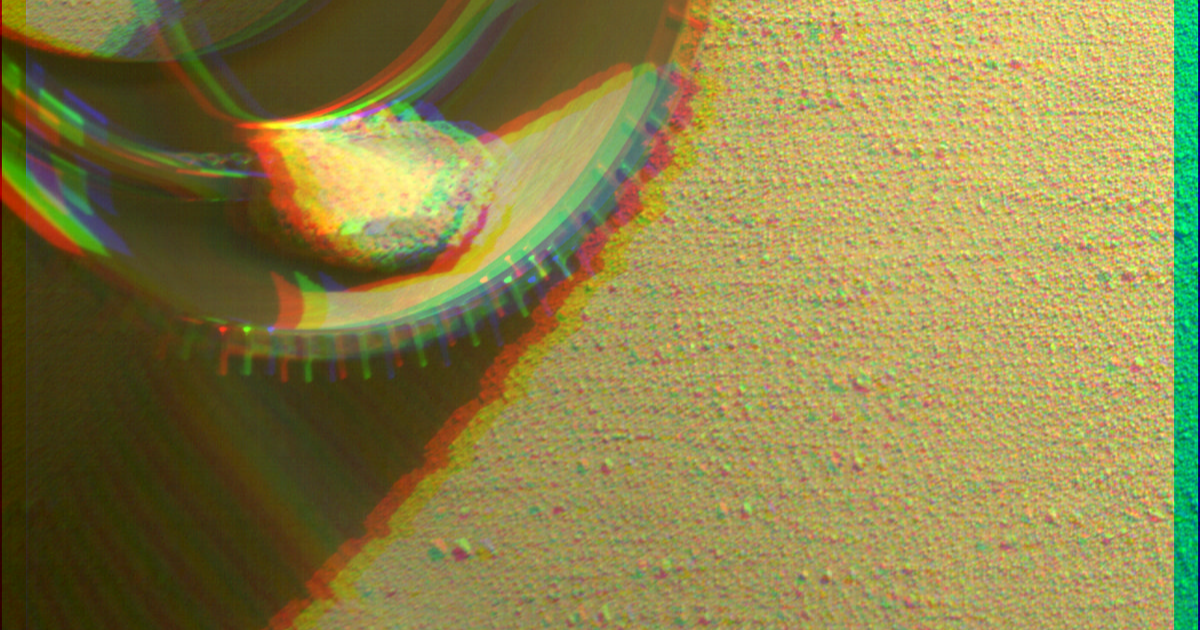 NASA’s Mars Rover, also called Perseverance, seems to have taken a stowaway on board to cart across the Red Planet’s surface.

On Friday, tech outlet CNET published a series of photos that show a medium-sized rock trapped in the rover’s wheel. The outlet reported that space fans who enjoy reviewing the raw images the Rover messages back to Earth noticed the rock and voted several pictures of it as “Image of the Week.”

The first occurrence of the rock seems to have been February 6 and is available on NASA’s Mars Rover photo gallery. The next shot NASA lovers noticed was taken on February 25. The rock seems to have eroded some in this photo and appears to be slightly smaller than in the first shot. The third and most recent shot was collected March 2. There appears to be a growing chip in the rock and small particles of Martian dust or the broken rock lie inside the rover wheel. The image below also comes from the official NASA website.

Despite the hitchhiker, the Mars Rover seems to be carrying on with business as usual. The rover is even breaking driving records, according to CNET. That may be partly due to Perseverance’s updated design, which CNET reports includes six wheels made from aluminum. It features cleats that give it traction on the rough, rocky and dusty terrain, and each wheel is just more than 20 inches in diameter.

It’s good to hear Perseverance is, well, persevering, But we do feel a little bad about the trapped rock. Wouldn’t you find it annoying if nobody was around to help you get a rock out of your shoe? Let’s hope it falls out or breaks apart without causing problems.