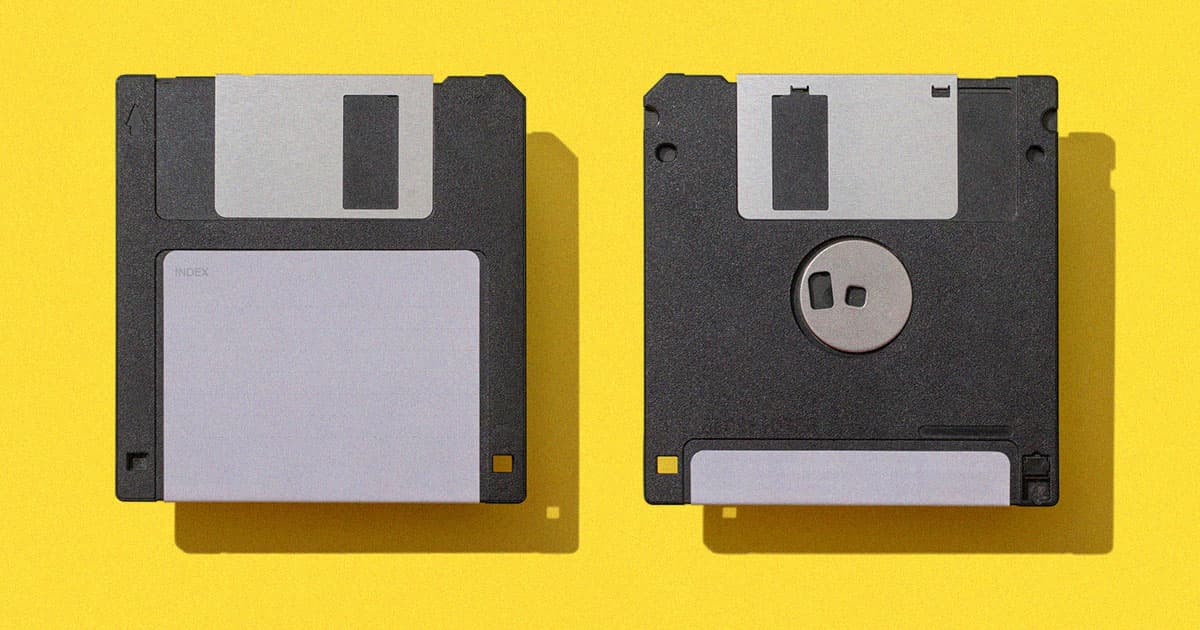 The Japanese government still requires some of its agencies to save data on CDs and even floppy disks, Japanese English-language newspaper Nikkei Asia reports.

Needless to say, those are some extraordinarily obsolete forms of data storage, especially in a country often seen as a bastion of advanced technologies. Now, though, the country's newly-appointed minister of digital affairs is desperately trying to drag data storage rules into the 21st century.

Kono, an outspoken lawmaker who was appointed digital minister earlier this month, has been leading an outright war against bureaucratic inefficiencies and the use of outdated tech, including the use fax machines, Bloomberg reports.

On Tuesday, Kono announced a new initiative to allow government agencies to store data on the cloud — a major technological upgrade, given the ongoing use of outdated storage.

In fact, according to Kono, the country still has roughly 1,900 provisions in its laws requiring workers to store data on floppies and CDs. Other provisions call for data to be submitted on cassette tapes and MiniDiscs.

"Where does one even buy a floppy disk these days?" Kono told reporters, as quoted by Nikkei Asia. "We will change [these rules] promptly."

The minister isn't just aiming his sights at the use of floppy disks.

"I’m looking to get rid of the fax machine, and I still plan to do that," he told reporters at this week's meeting.