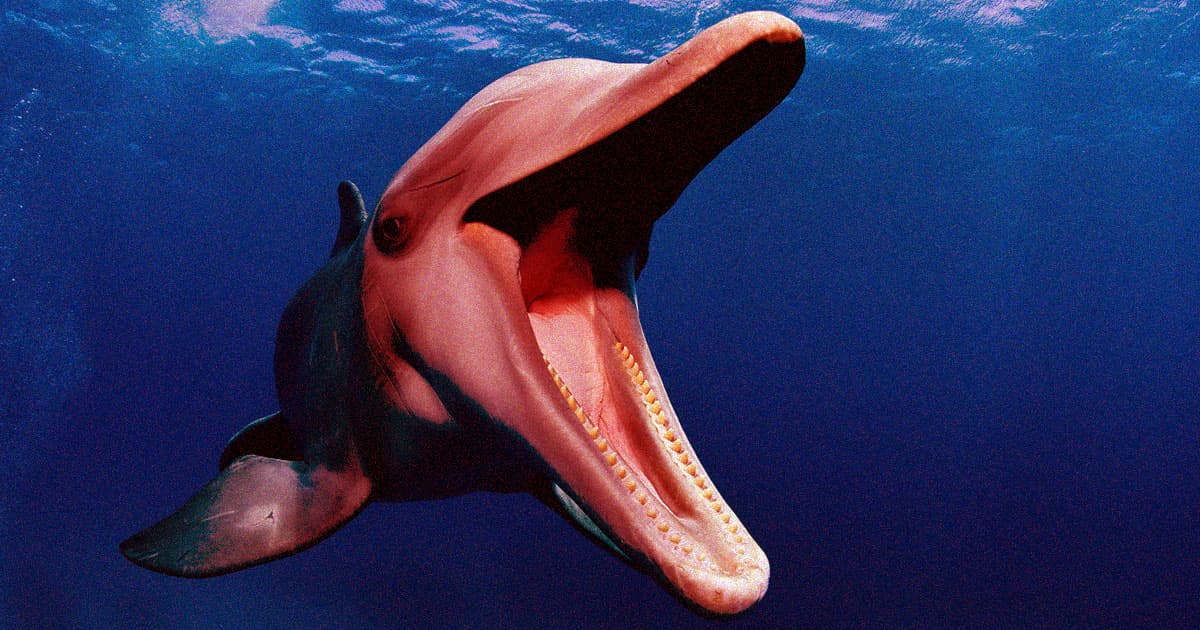 Right as "Jaws" hits theaters again this summer, one dolphin in the sea of Japan is looking to put that titular maneater to shame.

According to Japanese newspaper The Mainichi, officials say that a single dastardly dolphin has been responsible for at least six different attacks on humans this month, prowling the shores of several beaches of the Fukui Prefecture in Japan.

One swimmer required 14 stitches after a nasty bite to their hand. Another beachgoer found his arm clamped in the jaws of the furious creature, and when he attempted to pry it free, the dolphin almost forced him underwater by lunging on top of him. There have been at least 17 different dolphin attacks in total since that date, but it's unclear how many of those that the feared dolphin is responsible for.

We’re not talking about attacks on people wading far out into the ocean. In fact, most of them occurred less than ten yards from shore.

After the initial wave of dolphin attacks, the city of Fukui installed underwater, ultrasonic wave emitting devices to stave off sea animals, The Mainichi reports. But the rogue dolphin has continued to strike even in the face of those deterrents, at least twice more as of Tuesday.

In the grand scheme of things, dolphin attacks on humans are quite rare — and so are shark attacks, it’s worth mentioning, contrary to what Spielberg’s blockbuster might have you believe — but that doesn’t mean beachgoers shouldn’t be careful.

"There are certain body parts where dolphins don’t like to be touched, like the tip of their nose and their dorsal fin," cautioned a tourism department official while speaking to Agence France-Presse, quoted by The Guardian.

Despite their cheery status in pop culture, dolphins can be shockingly cruel, likely in part due to their high levels of intelligence. They’re some of the biggest assholes in the ocean, mutilating the babies of other sea creatures for fun, and other grisly details we’d rather not mention here.

So if you see a dolphin swimming your way, treat it with the same respect and caution you would any other wild animal — and maybe just leave it alone entirely.

More on wildlife: Chaotic Walrus Keeps Climbing on Small Boats and Sinking Them

Does Whatever a Boar Pig Does
Fukushima Now Home to Radioactive Boar-Pig Hybrids
6. 30. 21
Read More
Fukushima Plans to Power Region With 100% Renewable Energy
1. 6. 20
Read More
Pig Heaven
Assault Rifles Won't Solve Your Feral Hog Problem, Say Scientists
8. 7. 19
Read More
+Social+Newsletter
TopicsAbout UsContact Us
Copyright ©, Camden Media Inc All Rights Reserved. See our User Agreement, Privacy Policy and Data Use Policy. The material on this site may not be reproduced, distributed, transmitted, cached or otherwise used, except with prior written permission of Futurism. Articles may contain affiliate links which enable us to share in the revenue of any purchases made.
Fonts by Typekit and Monotype.