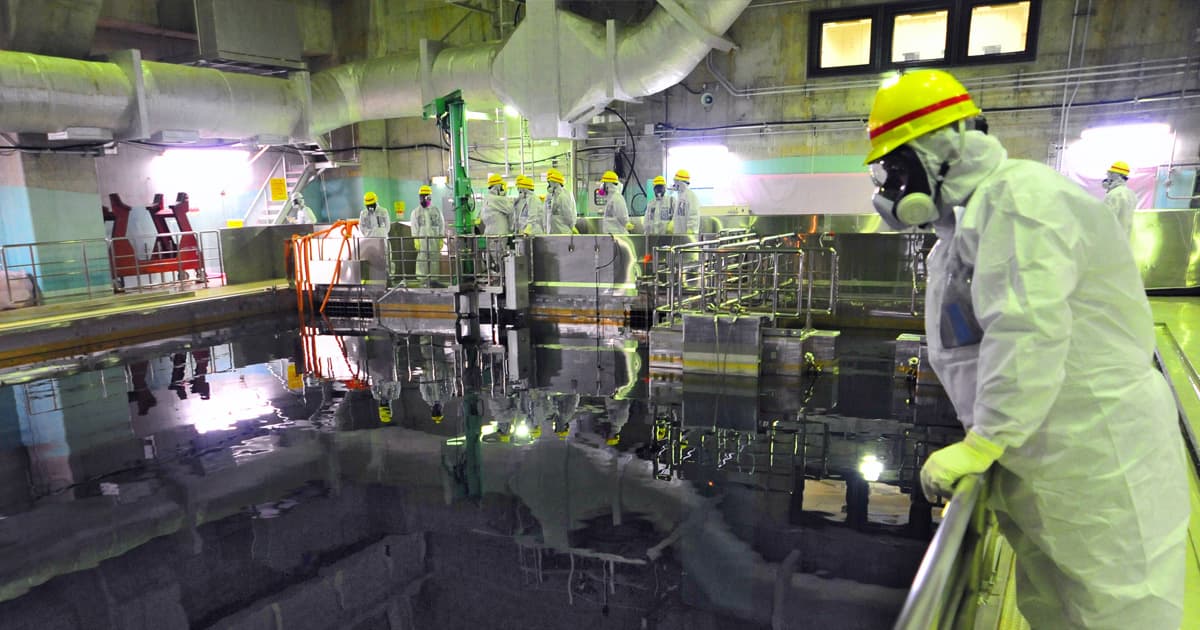 It's the first to be approved after the country passed new safety standards.

It's the first to be approved after the country passed new safety standards.

Japanese officials have granted full approval to restart one of the several nuclear power plants in the country that were damaged by a 2011 earthquake and tsunami.

After the devastating storm that brought down the Fukushima Daiichi nuclear power plant, Japan imposed a slew of new safety standards, Agence France-Presse reports. A reactor at the Onagawa nuclear plant, which was damaged by the same tsunami but fared better than Fukushima, has been granted full approval and is expected to be back online by 2023.

So far, 15 other reactors have also met Japan's new safety standards. But the Onagawa plant is the first to cross the final regulatory threshold, AFP reports. It also has coveted support from the local government, which sees rebooting nuclear energy as a crucial part of fighting climate change.

"Due to the shutdown of nuclear plants, Japan depends more and more on thermal power using fossil fuel," Yoshihiro Murai, Governor of the Miyagi Prefecture in which the plant is located, told AFP. "There's a concern over increasing emissions of CO2... We cannot expect to suddenly expand the use of safe and clean renewable energy to support demand."

But much of the Japanese public is still —understandably — skeptical of nuclear energy after the 2011 tsunami, AFP reports.

As a result, other parts of Japan plan to simply do away with nuclear energy in addition to fossil fuels. For instance, the Fukushima prefecture, home of the still-crumbling nuclear power plant of the same name, announced earlier this year that it plans to transition entirely to renewable energy sources within 20 years.

Does Whatever a Boar Pig Does
Fukushima Now Home to Radioactive Boar-Pig Hybrids
6. 30. 21
Read More
Great Balls of Fire
"Radioactive Gobstoppers" Could Stop the Next Nuclear Reactor Meltdown
6. 30. 20
Read More
Fukushima Plans to Power Region With 100% Renewable Energy
1. 6. 20
Read More
+Social+Newsletter
TopicsAbout UsContact Us
Copyright ©, Camden Media Inc All Rights Reserved. See our User Agreement, Privacy Policy and Data Use Policy. The material on this site may not be reproduced, distributed, transmitted, cached or otherwise used, except with prior written permission of Futurism. Fonts by Typekit and Monotype.