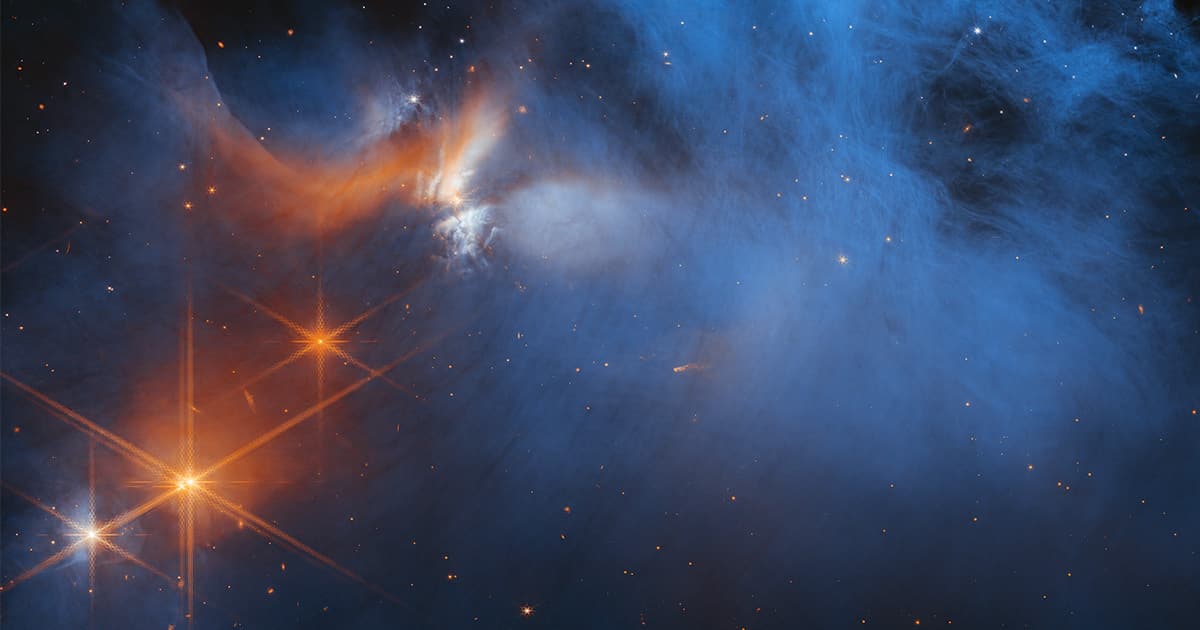 Astronomers Complain That the JWST Is Producing Too Much Data, Too Fast

A new occupational hazard for astronomers just dropped — and it's all because the James Webb Space Telescope is, perhaps, a little too good at its job.

In an MIT Technology Review report, astronomers say that although they're incredibly stoked on the powerful, poorly-named telescope's advents in their field, it's been a lot to handle due to the sheer scale and volume of its data.

"It was more than we expected," Webb scientist Heidi Hammel told the academic publication. "Once we went into operational mode, it was just nonstop. Every hour we were looking at a galaxy or an exoplanet or star formation."

"It was like a firehose," added Hammel, who also serves as the vice president for science at the Association of Universities for Research in Astronomy.

As the report notes, some scientists are concerned that the JWST is sending down so much data so fast — an incredible 50 gigabytes of it per day, as compared to the one or two that the Hubble transmits — it's resulted in a push for quality over quantity of analyses.

In the telescope's early months especially, astronomer Emiliano Merlin of the University of Rome told MIT Tech that the "rush to publish anything as soon as possible" analyzing discoveries from Webb's veritable reams of data led to scientists publishing tons of non-peer-reviewed papers on the open access arXiv server. The headlines, critics worry, can rush ahead of the scientific process.

"When you’re dealing with something this new and this unknown, things should be checked 10 or 100 times," Merlin said. "That’s not how things went."

While the need for speed was understandable in the case of those early Webb transmissions, which as you'll likely recall were so awe-inspiring that they had scientists openly weeping in the lab, it's not a great look in the long term.

"It was not something I personally really liked," Merlin mused.