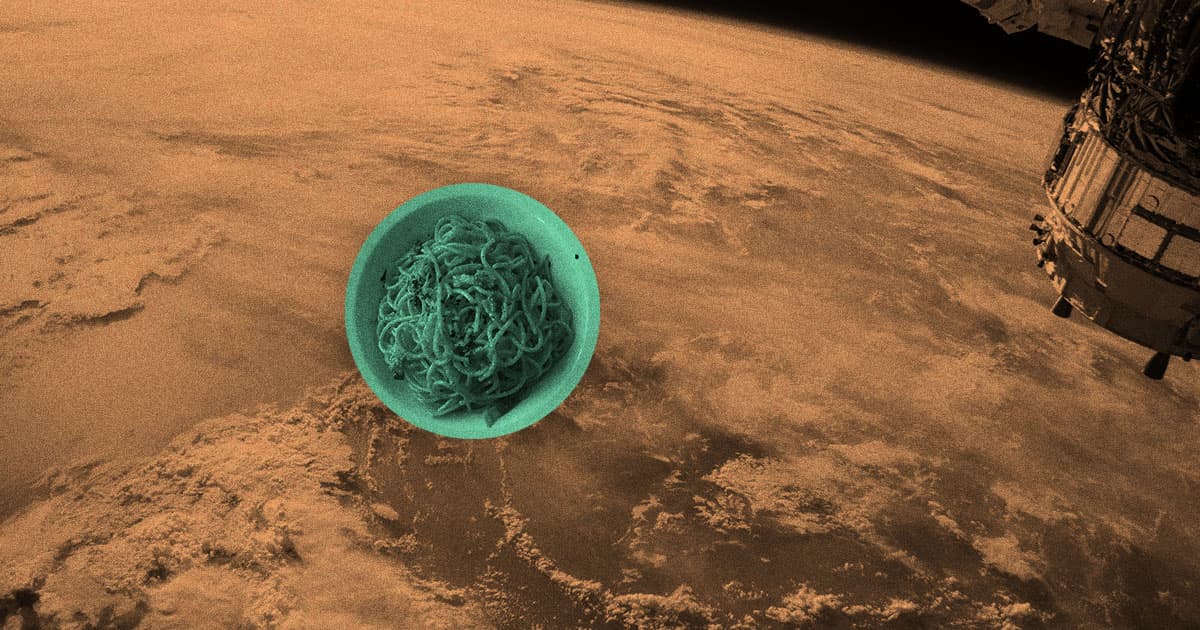 On ISS, Americans Give Food to Russians After Delayed Shipment

A delayed food shipment would have left the Russian cosmonauts hungry.

A delayed food shipment would have left the Russian cosmonauts hungry.

Russian cosmonauts at the International Space Station found themselves in a pickle after a launch carrying their next food shipment was delayed by two months.

Thankfully, it seems that the NASA crewmembers stationed there had enough to go around, so the two countries are now sharing rations, according to the Russian state-operated news outlet RT. The move illustrates, if nothing else, how the extreme conditions of life in orbit force space travelers to rise above petty terrestrial squabbling.

Russia planned to launch the food aboard Roscosmos' Progress MS-16 rocket on December 11, according to RT. But the mission has been rescheduled until February 15 — a long time to wait for essentials.

"When we asked the Americans about delivering our rations on their spacecraft, they told us that they already had a fairly large supply of food, and our cosmonauts should use their products," Alexander Agureev, the head of nutrition at the Russian Academy of Sciences’ Institute of Biomedical Problems, told RT.

Interestingly, Russian officials took this moment to criticize conditions on the International Space Station, according to RT, which they say seems to be rapidly deteriorating.

"Until 2025, Russia has obligations to participate in the ISS program," Vladimir Solovyov, the deputy general director of the Energia Rocket and Space Corporation, told the Russian Academy of Sciences last week. "There are already a number of elements that have been seriously damaged and are out of service. Many of them are not replaceable. After 2025, we predict an avalanche-like failure of numerous elements onboard the ISS."

READ MORE: Foes on the ground, but friends in space: American astronauts on ISS give their food to Russian cosmonauts after supplies run out [RT]