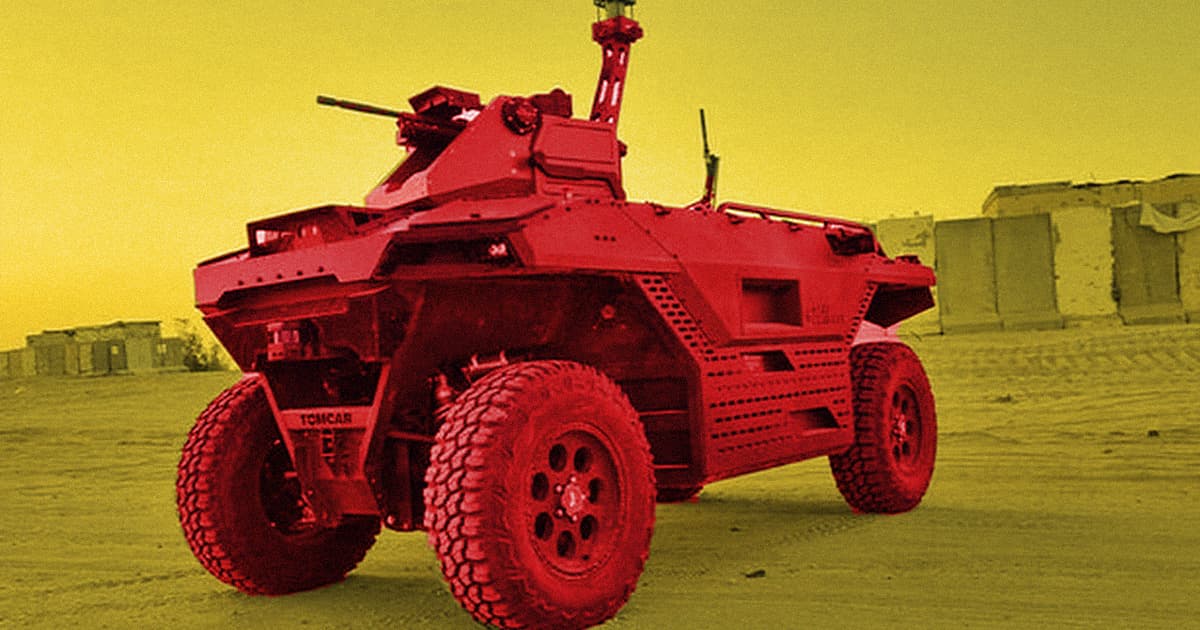 The Israeli military has unveiled a brutal-looking, remote-controlled — but, ominously, also somewhat autonomous — robot that can be outfitted with two large machine guns, CBS News reports.

The semi-autonomous killing machine, developed by the state-owned Israel Aerospace Industries, is designed to protect soldiers while patrolling battle zones — but critics who oppose the use of such machines are already raising red flags about the project.

The robot, dubbed REX MKII, is a larger version of the Jaguar, which Israel is already using to patrol the border with the Gaza strip, a highly volatile region.

Alongside the gun-toting death machine, Israel is also using drones and guided missiles, CBS reports, giving them a huge tactical advantage over Hamas, the Islamic militant group that seized control over the Gaza Strip in 2007.

Beyond surveillance and movement, REX MKII still requires a human to operate it from a tablet — but that may change.

"It is possible to make the weapon itself also autonomous, however, it is a decision of the user today," Rani Avni, deputy head of Israel Aerospace Industries' autonomous systems division, told the broadcaster. "The maturity of the system or the user is not there yet."

There has been a greater movement to call an end to lethal autonomous weapon systems. In a recent report, the United Nations found that several countries around the world are already handing matters of life and death to machines, including killer drones.

It's a troublesome trend — especially when used to wage war in one of the world's longest enduring conflict zones. It's time for the international community to come together and agree to put an end to robots acting autonomously on the battlefield.