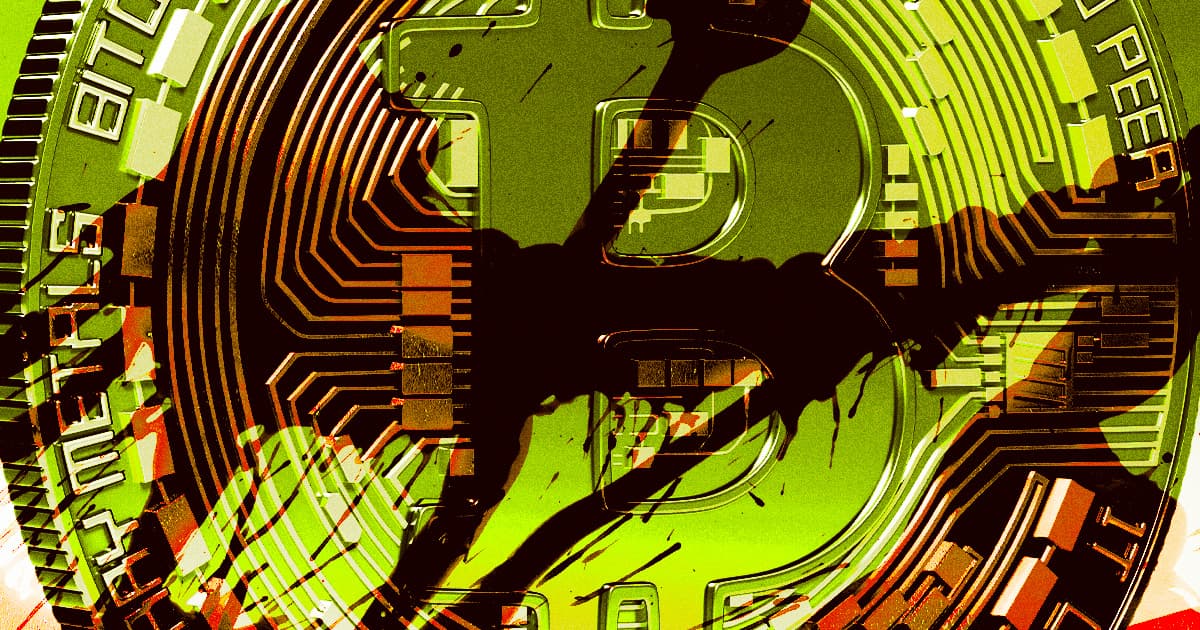 Crypto stans are being forced to face the music as the industry continues trending ever-downward following a series of major crashes this year.

In interviews with Reuters, crypto investors the world around bemoaned the stunning hits their digital wealth has taken — the most recent and dramatic of which occurred just last month when the FTX exchange went belly-up and took with it billions of dollars in customers' money.

"This is not the winter season anymore, this is a bloodbath," Linda Obi, a Nigerian crypto investor who works for the Zenith Chain blockchain firm, told the news agency.

Abu Dhabi-based Jad Fawaz left his real estate job a year ago, back when the market was significantly healthier and saw bitcoin trading at around $50,000 per coin, to enter the industry. Now, he's going broke.

The destitute Emirati said he went from holding 40 tokens in various currencies to just two — bitcoin and Ripple XRP, the latter of which is currently mired in a Securities and Exchange Commission lawsuit.

"These are the last two coins," Fawaz said, "and I will die before selling them."

This is, of course, far from the first time we've heard from people going broke in crypto.

In May, after the Terra/Luna "stablecoin" project proved to be anything but in a spectacular crash tied into the overall downturn of the crypto market this year, the sister coins' subreddit saw an uptick in self-harm posts that sounded like the modern version of the storied rash of suicides when the stock market crashed in 1929.

Since then, the crypto winter has only gotten colder, and while there are still some shills who encourage investors to "buy the dip," there's much less to be optimistic about on this side of 2022 than there was in May.

On the one hand, it's certainly possible the bulls are right and a crypto investment right now would be a great idea. But it's just as likely that you'd end up just like Obi and Fawaz.