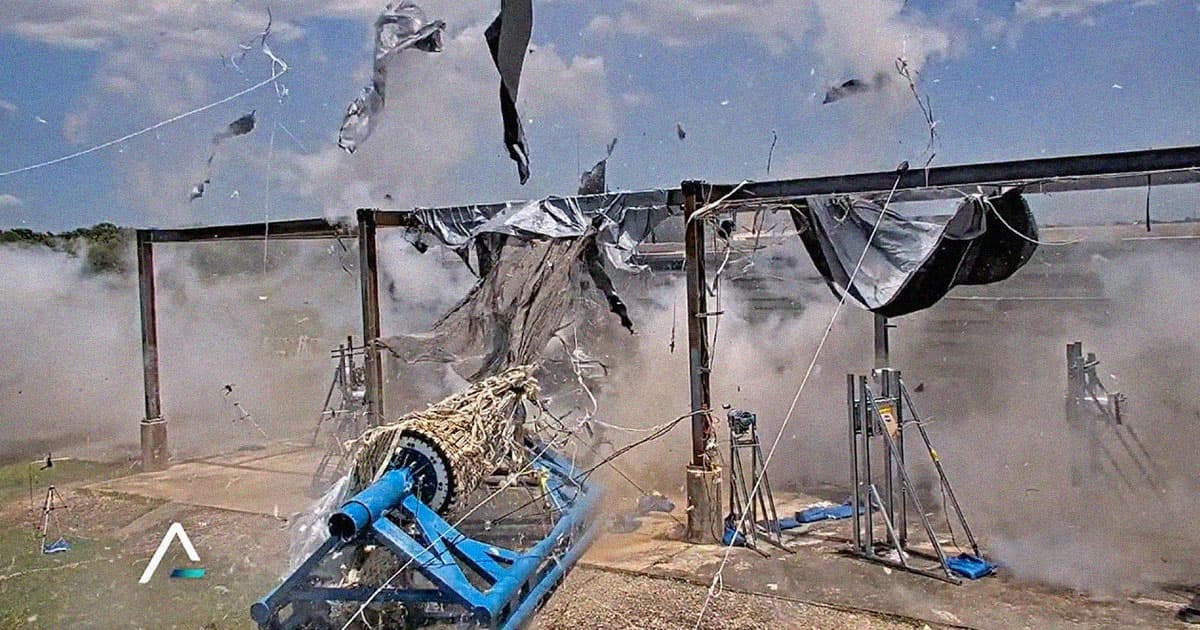 Space startup Sierra Space intentionally blew up a prototype inflatable space station module to see how much punishment it can take once it's orbiting the Earth, Space.com reports.

Blue Origin unveiled its plans for the massive and highly ambitious commercial space station last year, with an ambitious timeline calling for a start of operations as soon as 2030.

The Orbital Reef is a collaborative effort between the Jeff Bezos-led company and Sierra Space, and is meant to act as a successor to the rapidly aging International Space Station.

Early renders show a sleek structure orbiting the Earth, featuring several roomy segments. According to the company's plans, it's designed to  house up to ten people and able to have spacecraft and modules dock at multiple ports.

Sierra Space's inflatable prototype segment is currently being developed at NASA's Kennedy Space Center. The goal is to one day construct a "three-story commercial habitation and science platform designed for low-Earth orbit (LEO) that will allow humans to live and work comfortably in space," according to a statement.

The LIFE segment itself is made out of woven and sewn high-tech fabrics that become highly rigid when pressurized.

The most recent test, which took place months after a first test in July, demonstrated that the segment was able to withstand pressures of up to 204 psi, which is well above the safety requirement of just 182 psi, according to the company.

"This second successful UBP test proves we can demonstrate design, manufacturing and assembly repeatability, all of which are keys areas for certification," said Shawn Buckley, LIFE chief engineer at Sierra Space, in the statement.

Sierra Space's ambitions don't end there. The company is also developing a cargo spaceplane to supply the Orbital Reef station called Dream Chaser — and we can't think of a more appropriate name.