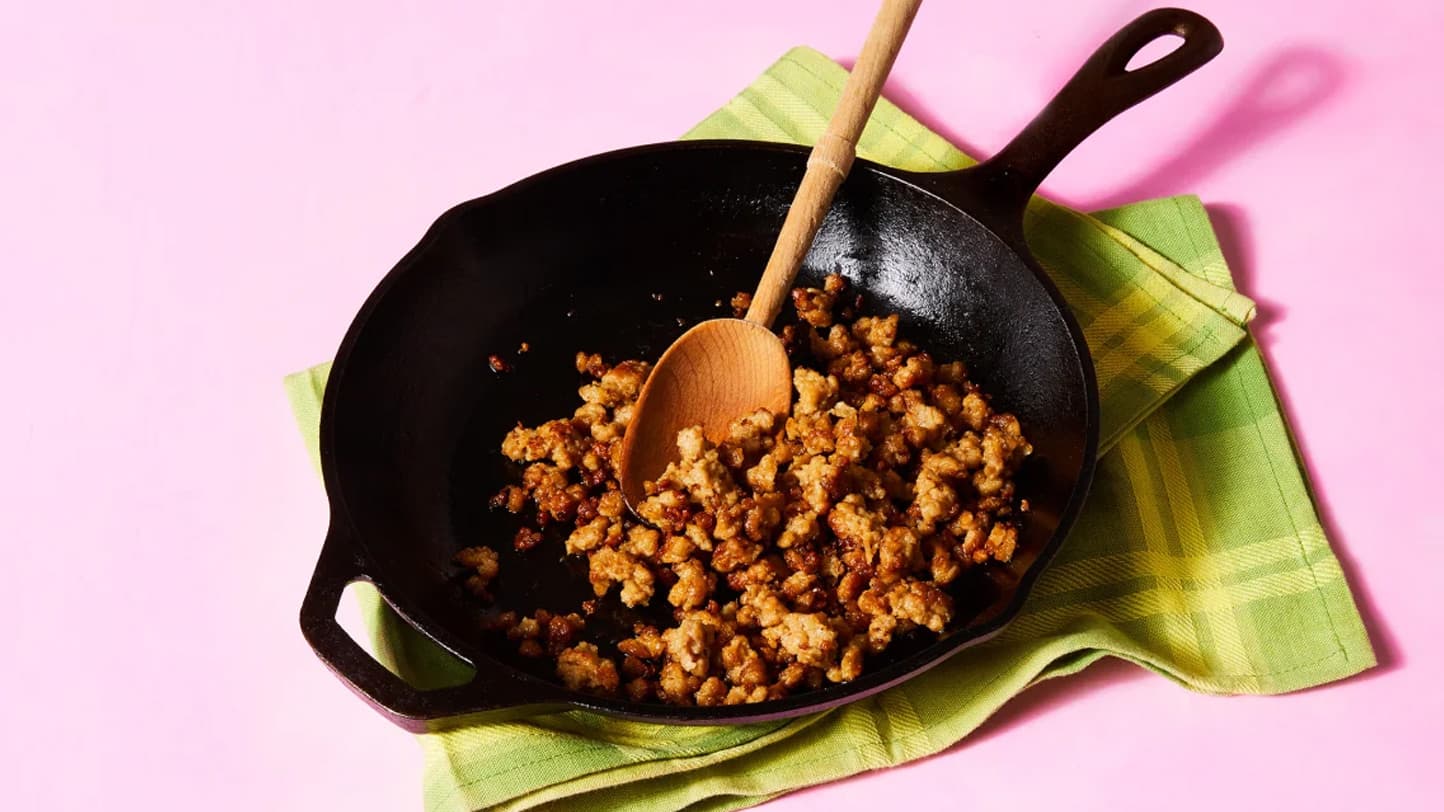 Plant-based meat is coming after pork next.

Plant-based meat is coming after pork next.

Impossible Foods Inc. has revealed its own plant-based take on pork called — you guessed it — Impossible Pork. Pork is the company's second core offering after beef.

According to a press release, Impossible Pork can be steamed, baked in an oven, charbroiled, grilled on a flat-top or sauteed, much like the real thing.

But is it any good? Director Becca Farsace told The Verge after sampling the product at CES that although the texture wasn't quite right, the taste was basically accurate. And visually, it looks amazing.

How the Sausage is Faked

Along with Impossible Pork, the company is also launching Impossible Sausage — which is more or less exactly what you think it is.

"We won’t stop until we eliminate the need for animals in the food chain and make the global food system sustainable," said founder and CEO Patrick Owen in the company's statement.

The company has yet to reveal any pricing or availability of its Pork and Sausage offerings. However, the Sausage will debut exclusively at 139 Burger King restaurants in the U.S. in January.

READ MORE: I tasted Impossible Pork at CES 2020 [The Verge]

Rubber Chicken
KFC's Fake Chicken Isn't Quite as Disgusting as Everybody's Saying
Jan 13
Read More
Possible Burger
Impossible Burger 2.0: "I Couldn't Tell It Wasn't The Real Thing"
1. 8. 19
Read More
Growing Wood
MIT Says We Could Build a House With Lab-Grown Wood
6:18 PM
Read More
+Social+Newsletter
TopicsAbout UsContact Us
Copyright ©, Camden Media Inc All Rights Reserved. See our User Agreement, Privacy Policy and Data Use Policy. The material on this site may not be reproduced, distributed, transmitted, cached or otherwise used, except with prior written permission of Futurism. Fonts by Typekit and Monotype.