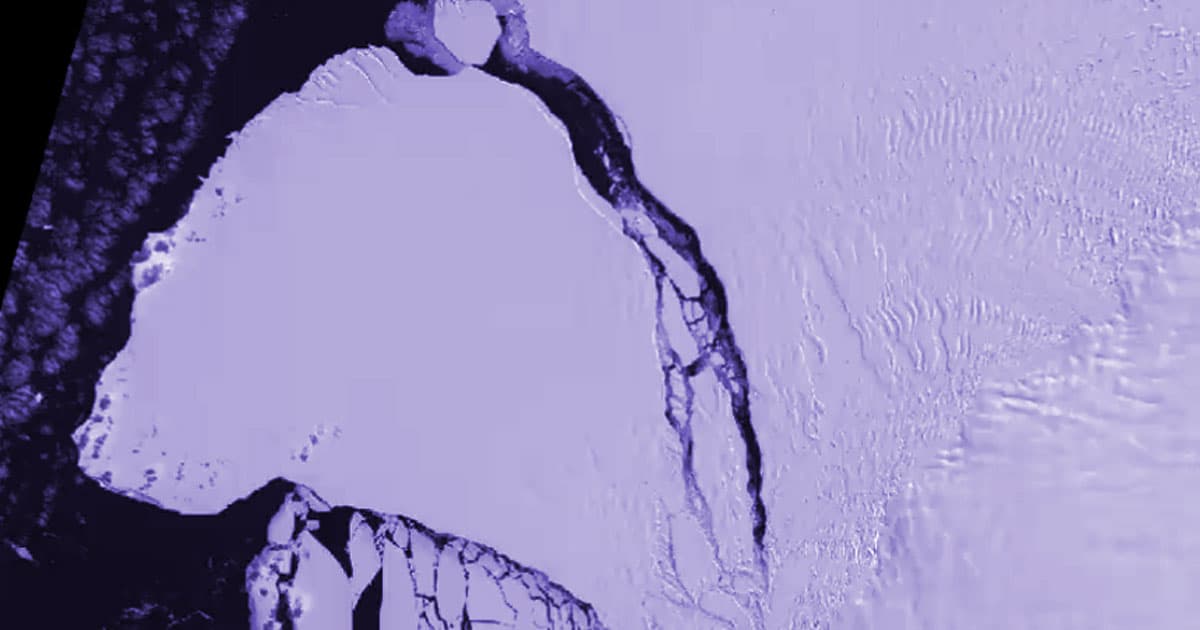 The Brunt of It

"It is not linked to climate change."

"It is not linked to climate change."

A gigantic iceberg twice the size of New York City has separated itself from Antarctica's 500-foot-thick Brunt Ice Shelf, as captured in new satellite imagery — and, for once, the climate crisis isn't to blame.

Scientists say that rising global temperatures had nothing to do with the iceberg calving incident.

Roughly ten years ago, as The Washington Post reports, scientists detected new growth in Chasm-1, a crack in the ice shelf that was long considered dormant. Scientists have been monitoring Chasm-1 closely in the years since, anticipating a future break.

"[The iceberg] calved after cracks that have been developing naturally over the last few years extended across the entire ice shelf," reads a press release by the British Antarctic Survey (BAS), which captured images of the event, "causing the new iceberg to break free."

"This calving event has been expected and is part of the natural behavior of the Brunt Ice Shelf," said BAS glaciologist Dominic Hodgson in the statement. "It is not linked to climate change."

Here's a super sharp view of the vast new #iceberg breaking away from the Brunt Ice Shelf in #Antarctica.

It's not the first recent Brunt Ice Shelf break. Back in 2021, another massive — albeit slightly smaller — chunk of ice broke off of the same Antarctic shelf, an event that scientists say was also unrelated to our changing climate.

"These large iceberg calvings, sometimes as large as a small state, are spectacular," Ted Scambos, a senior research scientist at the University of Colorado at Boulder, told the WaPo.

"But they're just part of how Antarctica's ice sheet works," he added. "Most of the time they have nothing to do with climate change."

More on Antarctica: World's Biggest Ice Sheet in Antarctica in Serious Trouble Due to Global Warming