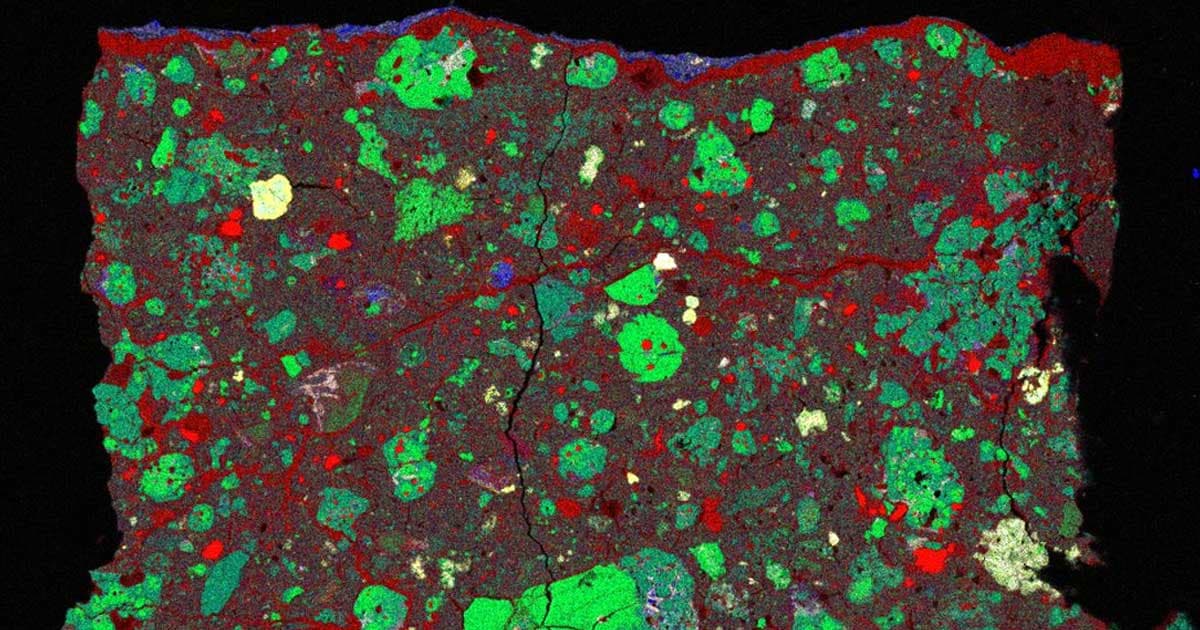 This is the "starting material from which all the planets, including Earth, came from."

This is the "starting material from which all the planets, including Earth, came from."

Scientists found a new way to investigate the earliest days of our solar system — buried within an ancient meteorite that smacked into the Sahara Desert decades ago.

The asteroid Acfer 094 is pockmarked by pores and holes to the point that it almost appears fluffy. Now scientists have determined that those pores are what’s called ice fossils, Space.com reports, which could illuminate how our solar system’s planets and meteorites formed billions of years ago.

Billions of years ago when they were floating through space, meteorites like Acfer 094 were largely clumps of rock and ice. When the Sun drew the meteorites in too close, the ice melted, leaving behind fossils in the form of gaps in the meteorite, according to research published last week in the journal Science Advances.

The study is the first to reveal how ice was distributed in meteorites and throughout the early solar system.

Studying this cosmic fossil record could help scientists better understand where the planets came from, argues lead researcher Epifanio Vaccaro, curator of petrology at London’s Natural History Museum. Because rocks like Acfer 094 would have condensed and changed as they clumped together to form planets and other large structures, analyzing the more pristine meteorite could give a clearer glimpse back in time.

“This is starting material from which all the planets, including Earth, came from,” Vaccaro said.

More on space: Rocks on a Distant Asteroid Resemble Those on Earth