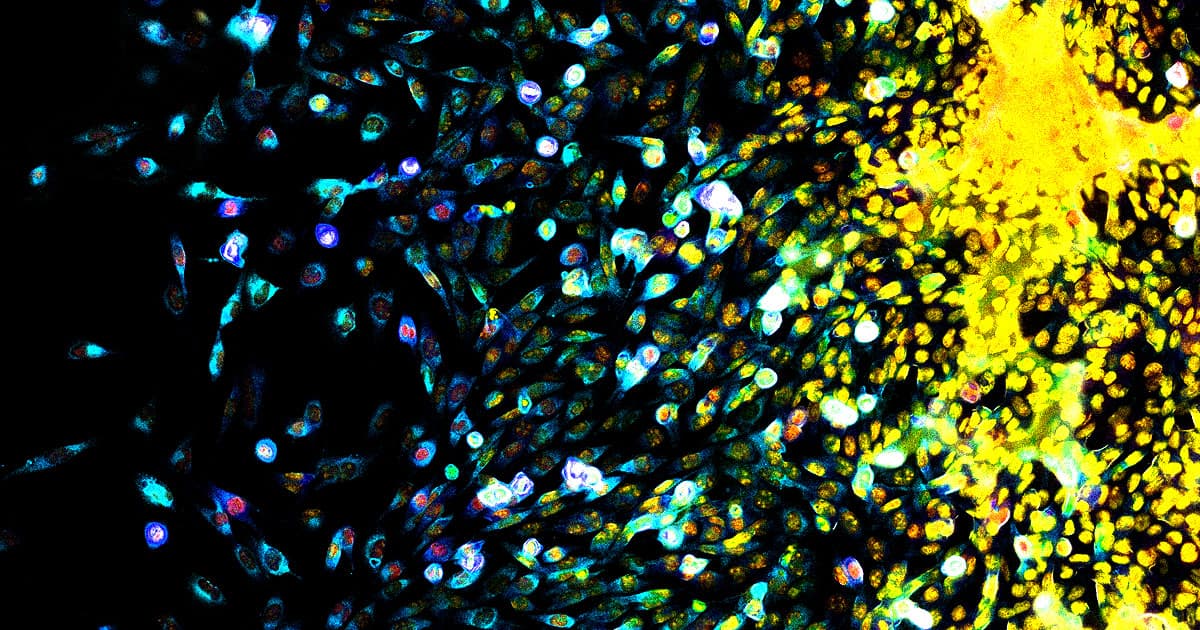 Now, the company has decided to make all three tools open-source, meaning scientists will be able to use them in their research whenever they please, according to ZDNet. The tools are designed to streamline the cancer drug development process and help scientists stay on top of newly-published research — so, if they prove useful, it could mean more cancer treatments coming through the pipeline more rapidly than before.

This week, IBM scientists are presenting the three AI tools at two molecular biology conferences in Switzerland, according to an IBM press release.

The first, PaccMann, uses deep learning algorithms to predict whether compounds will be viable anticancer drugs, taking some of the expensive guesswork out of pharmaceutical development, according to the press release. Then there's INtERAcT, which automatically parses medical journals for important updates in the field, and PIMKL, which helps doctors provide tailor-fit care based on individual patients' needs.

"Our goal is to deepen our understanding of cancer to equip industries and academia with the knowledge that could potentially one day help fuel new treatments and therapies," IBM wrote in the release.

The company recently came under fire when its Watson "AI Doctor" offered dangerous medical advice, but the three new projects are entirely separate from that project.