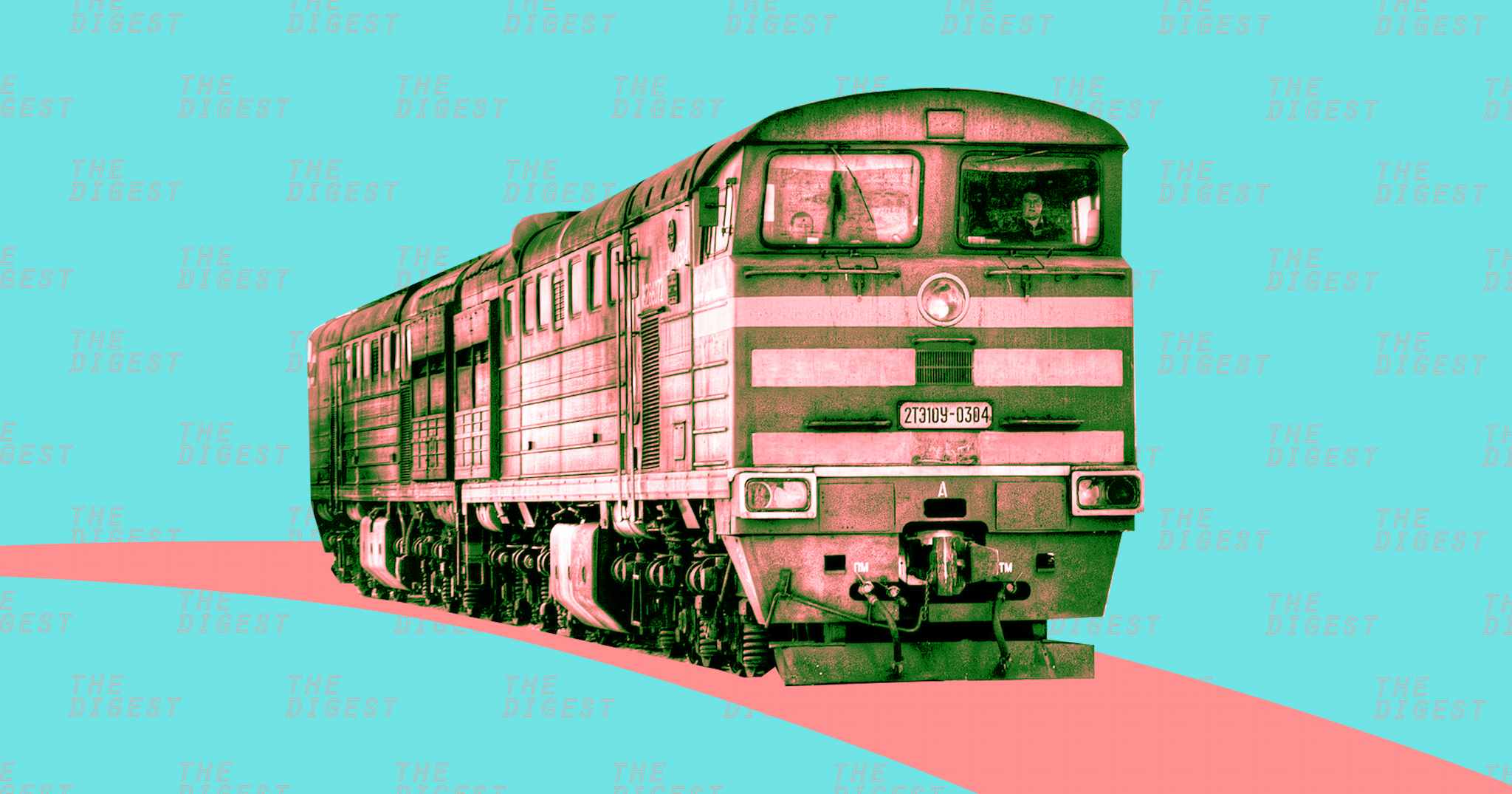 Hydrogen power was not cost-effective enough to power heavy transportation, until now.

Hydrogen power was not cost-effective enough to power heavy transportation, until now.

Hydrogen fuel cells are a greener way to power vehicles. But they have also been cost-prohibitive. Today, though, that’s starting to change — on Monday, German passengers boarded the world’s first hydrogen-powered trains.

"Sure, buying a hydrogen train is somewhat more expensive than a diesel train," said Stefan Schrank, a project manager at locomotive company Alstom, which built the trains, in an interview with Agence France-Presse, "but it is cheaper to run."

Chemistry recap: Hydrogen fuel cells generate electricity by combining hydrogen with oxygen, and their only byproduct is water. That makes the cells a promising energy source that produces zero emissions and very little noise.

Though they remain pricey, hydrogen fuel cells have advantages over batteries. Instead of recharging, for instance, you can just refuel them like you would a gas or diesel engine. And because train schedules are highly predictable, it's easier to build refueling infrastructure.

New research is helping cut the cost of hydrogen, and the fuel source is already in use elsewhere in the world to power buses and cars. Trains are much heavier, though, so powering them with hydrogen instead of diesel could do much more to cut carbon emissions.

If all goes well with these first two trains, Alstom hopes to add another 12 to its Lower Saxony fleet. So while they might be the world's first hydrogen-powered trains, they're unlikely to be the last.

More on hydrogen power: Cheap Hydrogen Fuel Was a Failed Promise. But Its Time May Have Arrived.

Floating Solar Rigs Split Seawater to Make Hydrogen Fuel
12. 18. 17
Read More
Researchers Can Now Make Hydrogen Fuel Using Liquid Metal
8. 31. 17
Read More
The Largest Rail Network in Asia Just Debuted a Solar-Paneled Train
7. 19. 17
Read More
+Social+Newsletter
TopicsAbout UsContact Us
Copyright ©, Camden Media Inc All Rights Reserved. See our User Agreement, Privacy Policy and Data Use Policy. The material on this site may not be reproduced, distributed, transmitted, cached or otherwise used, except with prior written permission of Futurism. Articles may contain affiliate links which enable us to share in the revenue of any purchases made.
Fonts by Typekit and Monotype.