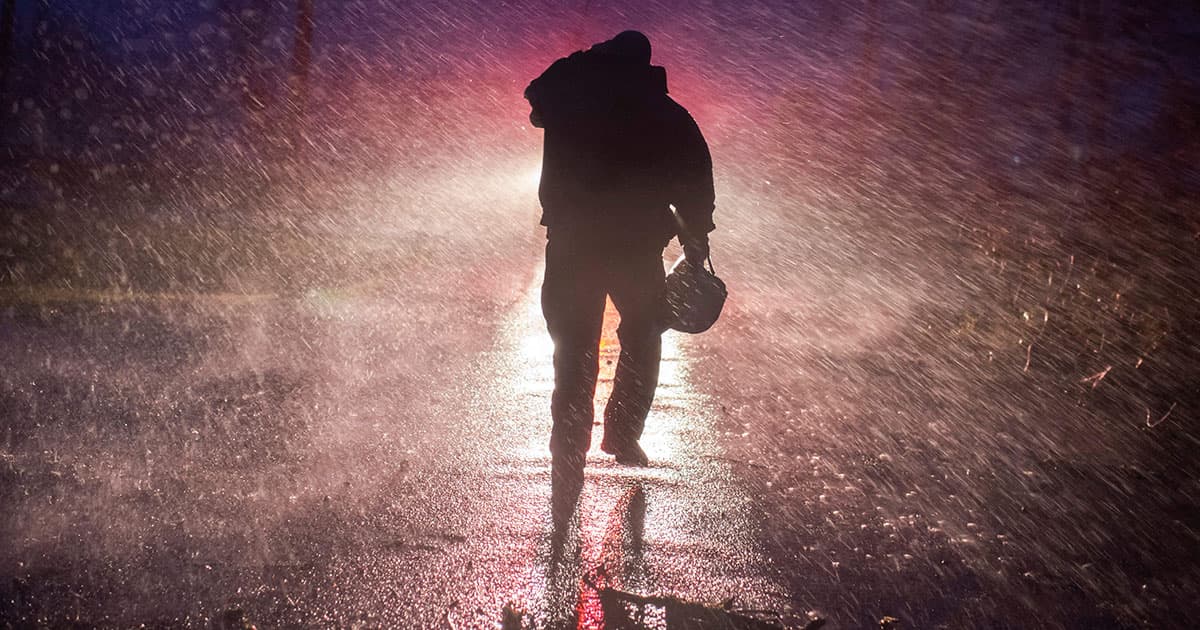 Hurricane Ida hit the United States on Sunday, leaving the entire city of New Orleans without power and already claiming its first life.

Many climate scientists say the ferocity of the storm came as no surprise, since the world is starting to really feel the heat from human-driven climate change.

"This is exactly the kind of thing we’re going to have to get used to as the planet warms," Kerry Emanuel, an atmospheric scientist at MIT, told The Washington Post.

Parts of the Gulf of Mexico have become astonishingly warm in recent years, largely caused by a rise in greenhouse emissions — and global warming may only be setting the stage for even more ferocious and dangerous weather in the near future.

This warm weather is causing the water in the Gulf to warm up as well, which has allowed massive hurricanes to develop. They essentially suck up the moisture and dump it on land. The hotter the conditions, the more water gets swept up, NPR reports.

Ida, in fact, itself caused sea surface temperatures to rise, which only made matters worse. "That’s really like stepping on the accelerator,” Brian Tang, an atmospheric scientist at the University at Albany in New York, told WaPo. "Flooring it, basically."

Surface temperatures were hovering around 86 degrees Fahrenheit. "That’s on the very high end of sea surface temperatures that hurricanes ever experience," Joshua Wadler, a researcher at the National Oceanic and Atmospheric Administration, told The New York Times.

It's a worsening trend. Emanuel told WaPo that "things happen faster" now, with storms "getting to a larger velocity" and "taking less time to get there."

A number of recent hurricanes including Harvey, Michael, and Laura have intensified rapidly before making landfall, according to NPR.

Ida was no different, developing from a Category 1 to a massive Category 4 in just 24 hours.

It's a bad omen — and a sign that we need to brace for even more deadly weather as the crisis worsens.

More on climate change: Scientist Warns of Megadroughts That Could Collapse Entire Civilizations

Governments Are Insuring Coral Reefs. That May Be Enough to Save Them.
3. 19. 18
Read More
Neil deGrasse Tyson: We Can Use Hurricanes to Power the Cities of Tomorrow
10. 4. 17
Read More
Tesla is Shipping Hundreds of Powerwall Batteries to Puerto Rico
10. 1. 17
Read More
+Social+Newsletter
TopicsAbout UsContact Us
Copyright ©, Camden Media Inc All Rights Reserved. See our User Agreement, Privacy Policy and Data Use Policy. The material on this site may not be reproduced, distributed, transmitted, cached or otherwise used, except with prior written permission of Futurism. Articles may contain affiliate links which enable us to share in the revenue of any purchases made.
Fonts by Typekit and Monotype.