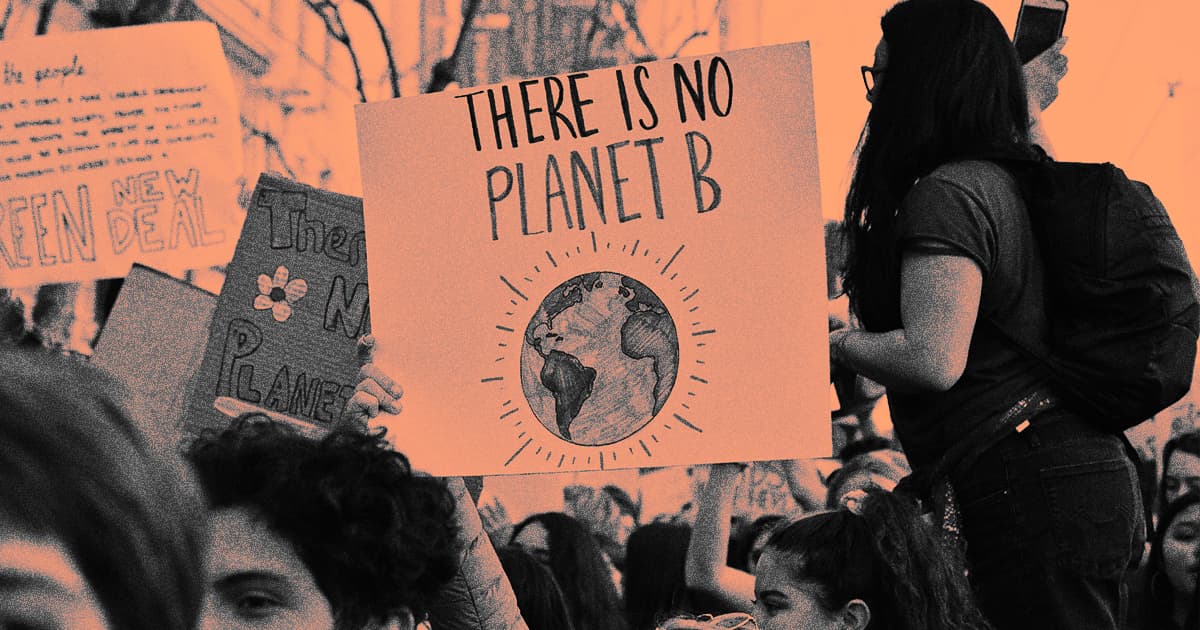 More Than Half of Young Adults Think "Humanity Is Doomed," According to New Poll

The survey suggests they blame their government for climate issues.

The survey suggests they blame their government for climate issues.

In news that shouldn’t surprise anyone who's met a young person in 2021, a new study shows that more than half of young adults believe that "humanity is doomed" and "the future is frightening."

The poll makes a strong connection between environmental concerns with government inaction, resulting in a heightened sense of fear and anxiety amongst teens and young adults.

"This study paints a horrific picture of widespread climate anxiety in our children and young people," said Caroline Hickman, a researcher studying young people’s relationship with the environment at the University of Bath in the UK and co-author of the study, in a statement.

The study, published in the journal Lancet Planetary Health, polled 10,000 respondents between the ages of 16 and 25 in the months of February and March 2021. Survey participants came from 10 countries throughout North and South America, Europe, Asia, Africa, and Australia.

Roughly 75 percent of respondents said that the "future is frightening" while almost 40 percent said that they are now hesitant to have children. The survey also found that those living in poorer countries were more likely to be concerned about climate change, Grist pointed out, despite having contributed to it the least.

Many of the survey respondents suggested that government inaction is to blame for the issues facing young people, with about 58 percent of participants saying that their governments are betraying them.

That number was as high as 77 percent for Brazil, where the far-right authoritarian President Jair Bolsonaro has allowed rampant deforestation of the Amazon rainforest.

More on doomer news: "Doomsday Glacier" Melting Even Faster Due to Earth’s Core