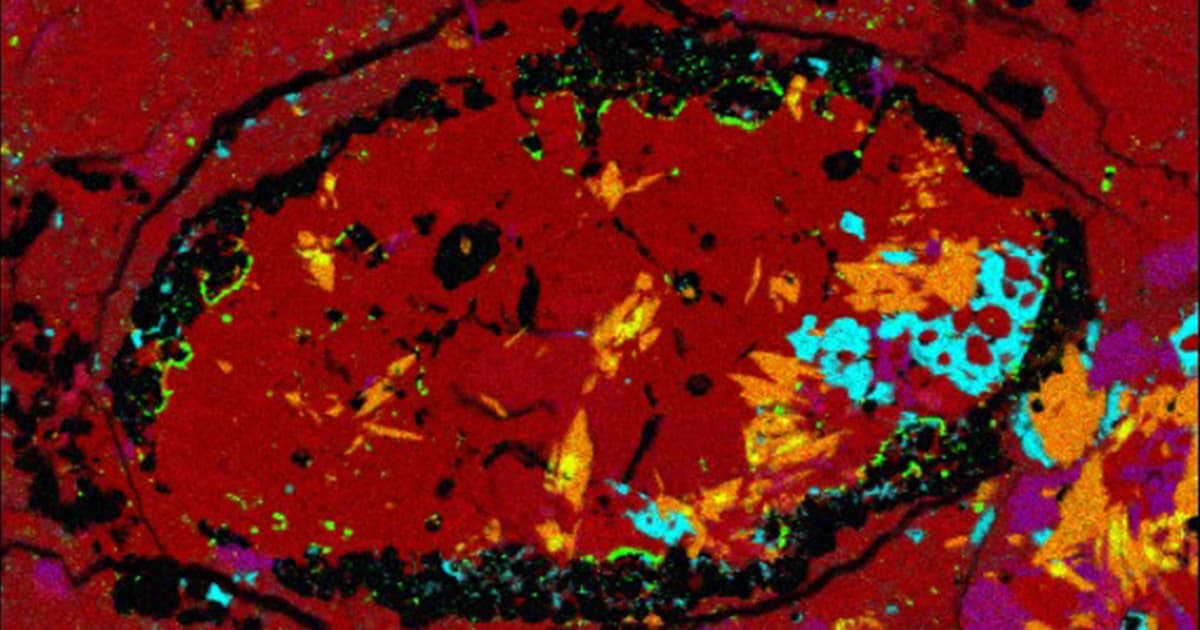 Scientists Say There Was a Huge, Mysterious Object in the Early Solar System

"Our surprising result suggests the existence of a large, water-rich parent body."

"Our surprising result suggests the existence of a large, water-rich parent body."

After studying one of the fragments of an asteroid that exploded over Sudan, a team of scientists arrived at a provocative conclusion.

The researchers suggest that at least one giant space rock, the size of a dwarf planet, orbited the Sun during the earliest days of our solar system. Inside of the tiny asteroid splinter allocated to the study, they found an unusual crystal structure that couldn't have formed inside a typical asteroid, according to the research the team published Monday in the journal Nature Astronomy. All in all, it's more evidence for a solar system in which the composition has changed immensely since its birth four and a half billion years ago.

The rare hydrated crystals, called amphiboles, are formed after extremely-lengthy exposures to heat and pressure — more so than could be provided by a typical meteorite. That suggests, according to the study, that the rock broke off of something on the scale of the dwarf planet Ceres.

"Some of these meteorites are dominated by minerals providing evidence for exposure to water at low temperatures and pressures," lead author Vicky Hamilton, a planetary geologist at the Southwest Research Institute, said in a press release.

"Our surprising result suggests the existence of a large, water-rich parent body," she added in a separate statement.

The international team of scientists assumes that whatever giant object formed the crystals is long gone, perhaps explaining why fragments of it have now crashed into Earth.

But the fact that it seems to have once existed suggests that could have once been a much wider variety of objects in our solar system than scientists now believe.