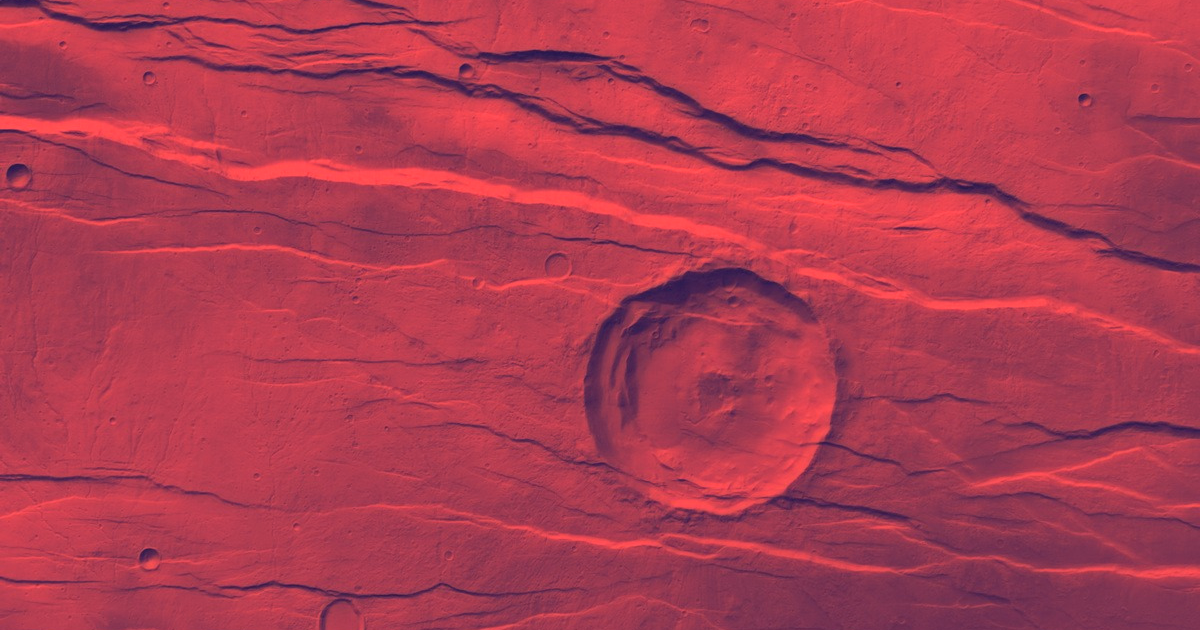 Scientists: It's As If Something With Huge "Fingernails" Scratched the Surface of Mars

Are there monsters on Mars yet?

Are there monsters on Mars yet?

Scientists at the European Space Agency are getting all mythological on us.

The ESA posted new photos of Mars' surface features captured by the Mars Express this week, describing them as looking "as if someone has raked their fingernails across the surface of the Red Planet, gouging out lengthy trenches as they did so."

Rather than a monster's creation, though, the ESA said in a press release that the region, called Tantalus Fossae, was created when the volcano they flank rose in altitude.

"Each trench formed as two parallel faults opened up, causing the rock between to drop down into the resulting void," the ESA presser said.

They released photos of the trenches —and the nearly-12-mile-wide crater they cross — on Twitter, shown below. The region was named for Zeus' son Tantalus, who betrayed the gods and was forced to endure punishment in the underworld.

📷 This image from ESA's #MarsExpress shows a network of long grooves and scratches forming part of a giant fault system on #Mars known as Tantalus Fossae 👉 https://t.co/xJnvz8x2wb

(NB the crater shown here is about 18 km across 😉) pic.twitter.com/oWNZmeCNQU

The ESA Mars Express has been orbiting Mars since 2003 and captured a lot of info about the Red Planet just as billionaires like SpaceX and Tesla CEO Elon Musk plan to colonize it.

With NASA's Artemis plans, which should see the first person of color and the first woman on the Moon before moving on to Mars, we may soon be learning about these topographical features up close and personal, if it isn't yanked away like Tantalus' apples and water were during his punishment.