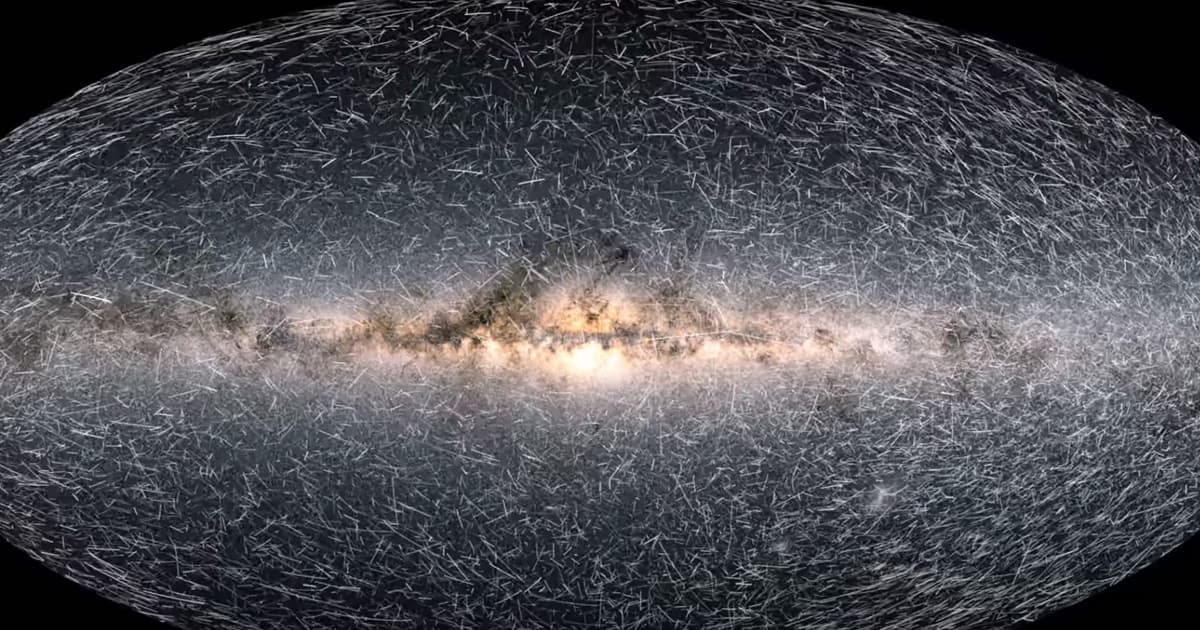 Dazzling Video Shows How Milky Way Will Evolve Over 400,000 Years

Our whole galaxy — in the palm of your hand.

Our whole galaxy — in the palm of your hand.

It goes without saying that the Milky Way will be a very different place 400,000 years from now.

Earlier this month, the European Space Agency's Gaia space observatory released a trove of new data from its years of observing the galaxy. With the ultra-precise map of the Milky Way in hand, ESA scientists were able to, essentially, look into the future by projecting forward. To show how drastically different the galaxy will change, the ESA researchers created a time-lapse video following 40,000 stars as they travel for 400,000 years.

It's a dazzling video, but even that's nothing compared to all of the data in the Gaia map. As Live Science notes, the Gaia data covers the position and trajectory of 1.8 billion objects in space including 330,000 stars.

And in a blog post about the dataset, ESA researchers say they actually plotted the stars' paths 1.6 million years into the future. But in the interest of creating a video that didn't just turn the Milky Way into a giant white oval, they decided to limit the scope of the project.

In the clip, stars appear to cluster together along the edges of the map. That, the researchers write, has to do with how our Sun travels.

More on Gaia: This is the Most Detailed Map of the Milky Way in History