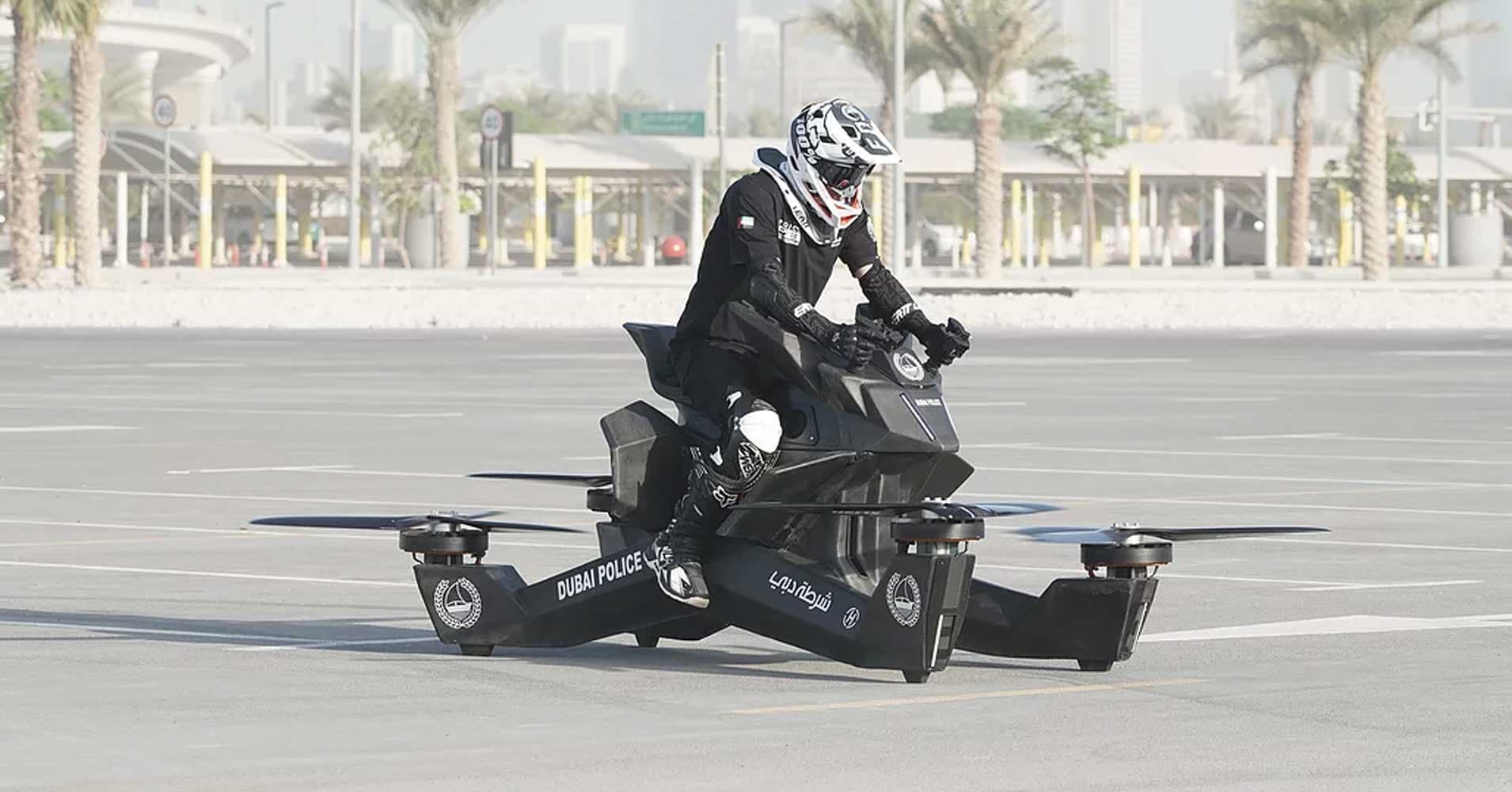 You could be hovering around your backyard in as little as two months.

You could be hovering around your backyard in as little as two months.

It's never too early to start writing your Christmas wish list, right? Because we know what's now at the top of ours: a hoverbike.

We've had our eyes on Hoversurf's Scorpion-3 since early last year — but now, the Russian drone start-up is accepting preorders on an updated version of the vehicle.

The S3 2019 is part motorcycle and part quadcopter. According to the Hoversurf website, the battery-powered vehicle weighs 253 pounds and has a flight time of 10 to 25 minutes depending on operator weight. Its maximum legal speed is 60 mph — though as for how fast the craft can actually move, that's unknown. Hoversurf also notes that the vehicle's "safe flight altitude" is 16 feet, but again, we aren't sure how high it can actually soar.

What we do know: The four blades that provide S3 with its lift spin at shin level, and while this certainly looks like it would be a safety hazard, the U.S. Department of Transportation's Federal Aviation Administration approved the craft for legal use as an ultralight vehicle in September.

That means you can only operate an S3 for recreational or sports purposes — but you can't cruise to work on your morning commute.

You don't need a pilot's license to operate an S3, but you will need a decent amount of disposable income — the Star Wars-esque craft will set you back $150,000.

If that number doesn't cause your eyes to cross, go ahead and slap down the $10,000 deposit needed to claim a spot in the reservation queue. You'll then receive an email when it's time to to place your order. You can expect to receive your S3 2019 two to six months after that, according to the company website.

That means there's a pretty good chance you won't be able to hover around your front yard this Christmas morning, but a 2019 jaunt is a genuine possibility.

Hovercops
Dubai Police Are Training Officers to Fly Hoverbikes
11. 8. 18
Read More
A "City of the Future" Reveals the Hoversurf Flying Bike
10. 24. 17
Read More
Watch the World's First Rideable Hoverbike in Flight
2. 21. 17
Read More
+Social+Newsletter
TopicsAbout UsContact Us
Copyright ©, Camden Media Inc All Rights Reserved. See our User Agreement, Privacy Policy and Data Use Policy. The material on this site may not be reproduced, distributed, transmitted, cached or otherwise used, except with prior written permission of Futurism. Fonts by Typekit and Monotype.