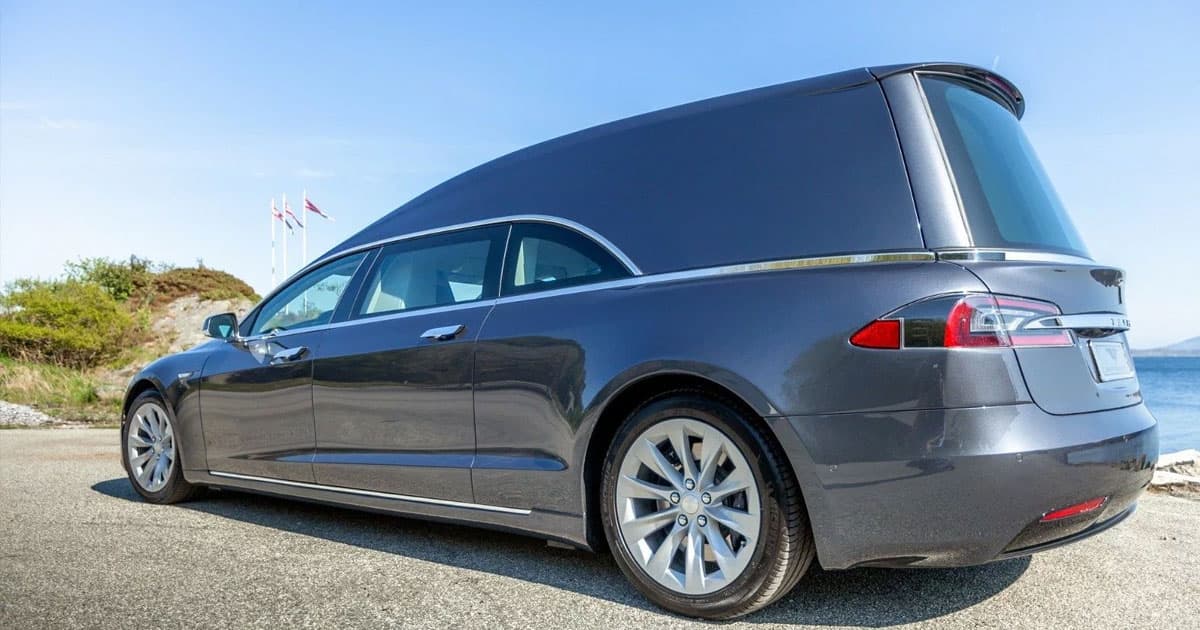 Electrek spotted the hearse listed for sale on Finn, a Norwegian classifieds website, for SEK 1,999,000, which converts to about $208,000.

According to the ad, the hearse is a converted 2018 Model S with a gray exterior and 1,000 kilometers (621 miles) on its odometer. Photos reveal a sleek white and black interior with elegant wood paneling, confirming that any passengers would arrive at their final resting place in style.

Though undeniably remarkable, this Tesla hearse isn't one of a kind — the man behind it, Jan Erik Naley, has made three of the vehicles, Electrek reported.

Still, those past Tesla hearses appear to have been commissioned, while it seems this one was built on spec.

So if you're an eco-conscious funeral home director — or just a Tesla fan with a taste for the macabre — now's your chance to snag one for about the same price you'd pay for a 2020 Roadster.

More on Tesla: Watch This YouTuber Mod Her Tesla Model 3 Into a Pickup Truck