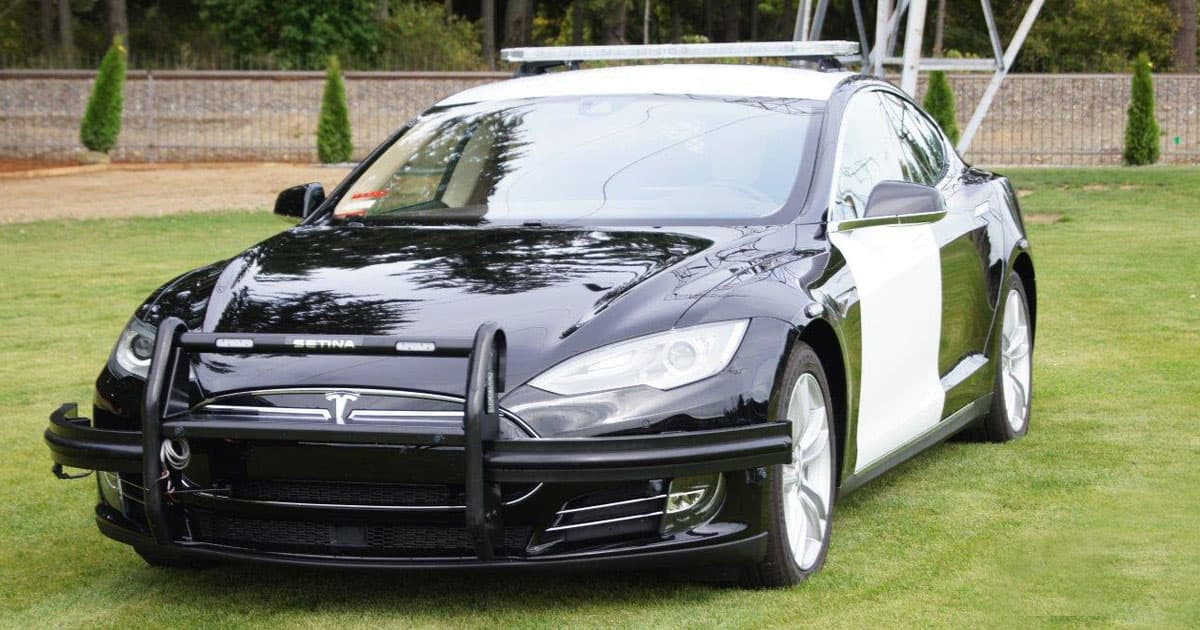 This Police Department's New Cop Car is a Tesla

Cops in Fremont, California are about to get a huge upgrade.

The Department bought a 2014 Tesla Model S to replace an aging Dodge Charger. The idea is to find a new type of electric vehicle that could survive five years of active duty — while cutting emissions.

The single Model S might've been more expensive right off the bat, at just over $61,000 plus the costs of converting it into a fully-fledged police cruiser, according to a press release. Modifications include a "light bar, push bumper, and ballistic barriers."

But savings in gas and maintenance could make it a lot cheaper for the Department over five years of use -- the average life cycle of such a vehicle. The Fremont Police Department has already installed a solar array on top of the Police Complex's carport to charge electric cars, including the new Tesla.

And it has the potential make Fremont — where Tesla's factory is located — greener. Police Captain Sean Washington noted that "this program has the potential to eliminate 10 percent of all municipal greenhouse gas emissions" in the press release.

Next time you're pulled over for speeding, you just might see a Tesla in your rear view mirror.

READ MORE: Tesla Model S police patrol vehicle is going to hit the road in Fremont, save over $30,000 in gas [Electrek]