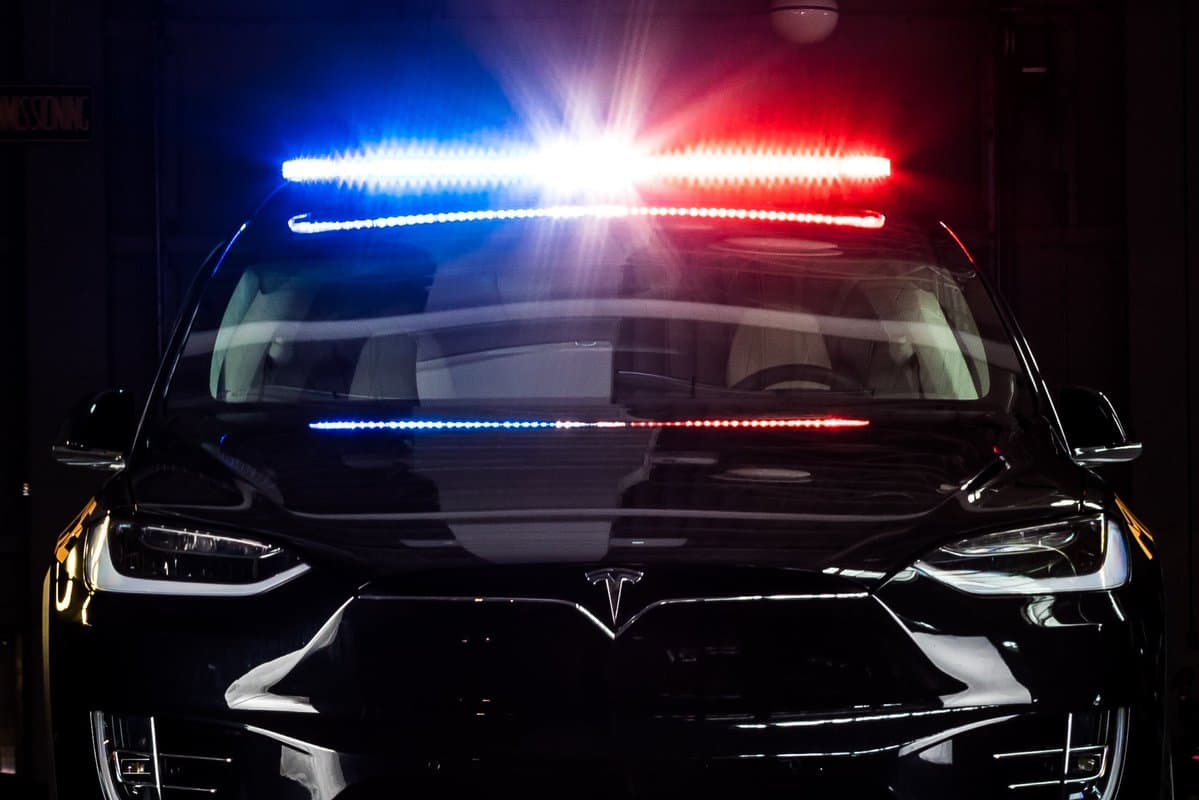 Canada’s Ontario Provincial Police offered up a glimpse of the future of policing at this year's edition of the Canadian International Autoshow: a Tesla Model X P90D outfitted for use as a pursuit vehicle.

The SUV was given a black-and-white paint job, the OPP badge, and a working siren, but for the time being it's just for demonstrative purposes. The vehicle was apparently a generous donation from a friend. OPP Sergeant Kerry Schmidt described the cruiser as "what the future of policing looks like down the road," according to a report from Tech Crunch.

Ontario's police force wouldn't be the first to take advantage of Tesla's electric vehicles. In August 2017, it was confirmed that Luxembourg's Grand-Ducale police department would start using Model S sedans as part of an effort to transition away from gas and diesel-powered autos.

Since the 1970s, Ford has supplied police cars to various departments throughout the U.S., producing specialized versions of its Taurus and Explorer models in recent years. Now, the manufacturer is also said to be working on new electric autos for law enforcement. In Dubai, electric police hoverbikes are set to be rolled out in the near future.

However, the Model X P90D won't be road ready for Ontario's police any time soon. Schmidt confirmed that the car has yet to undergo the necessary testing for official use.

The OPP does plan to approach Tesla in hopes of putting their crime-fighting Model X through the paces. It remains to be seen what will come of that discussion, but some kind of collaboration perhaps isn't out of the question; after all, Tesla is no stranger to helping out the authorities — especially if it garners some good press.