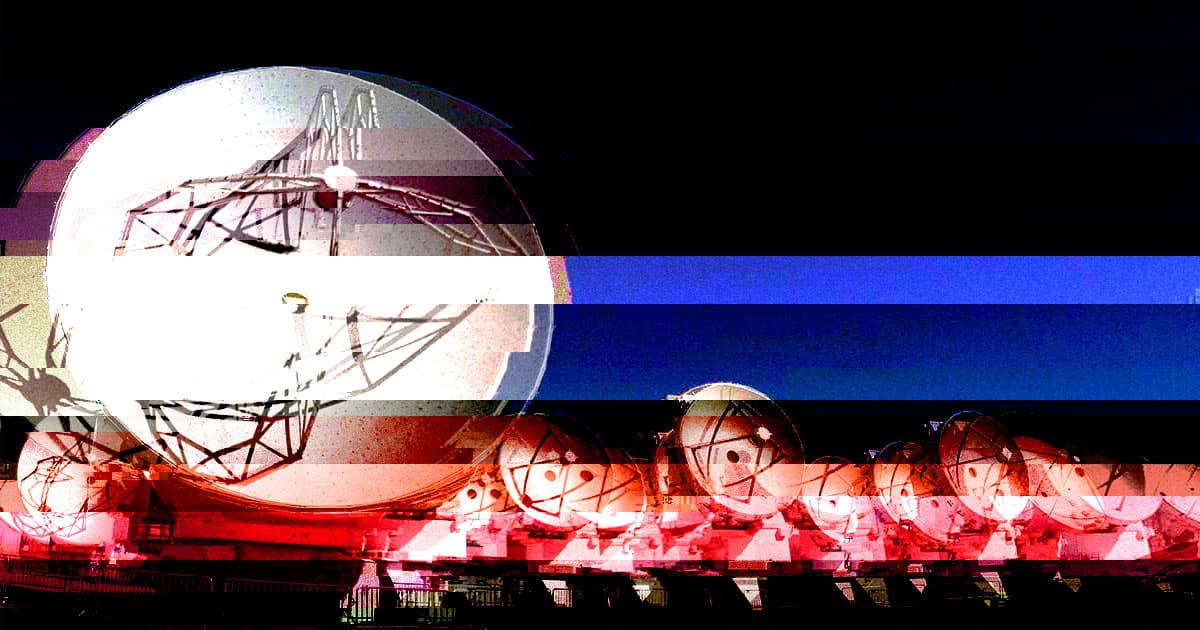 Hackers Just Took Down One of the World's Most Advanced Telescopes

Why would they do that?

Why would they do that?

The Atacama Large Millimeter Array (ALMA) Observatory in Chile has been hit with a cyberattack that has taken its website offline and forced it to suspend all observations, authorities there said.

Even email services were limited in the aftermath, illustrating the broad impact of the hack.

Nested high up on a plateau in the Chilean Andes at over 16,000 feet above sea level, ALMA is one of the most powerful and advanced radio telescopes in the world. Notably, ALMA helped take the first image of a black hole in 2019, in a collaborative effort that linked radio observatories worldwide into forming the Event Horizon Telescope.

Thankfully, ALMA's impressive arsenal of 66 high-precision antennas, each nearly 40 feet in diameter, was not compromised, the observatory said, nor was any of the scientific data those instruments collected.

What makes ALMA so invaluable is its specialty in observing the light of the cooler substances of the cosmos, namely gas and dust. That makes ALMA a prime candidate for documenting the fascinating formations of planets and stars when they first emerge amidst clouds of gas.

Since going fully operational in 2013, it's become the largest ground-based astronomical project in the world, according to the European Southern Observatory, ALMA's primary operators.

So ALMA going offline is a distressing development, especially to the thousands of astronomers worldwide that rely on its observations and the some 300 experts working onsite. Getting it up and running is obviously a top priority, but the observatory said in a followup tweet that "it is not yet possible to estimate a date for a return to regular activities."

As of now, there's no information available on who the hackers were, or exactly how they conducted the attack. Their motivations, too, remain a mystery.

More on ALMA: Astronomers Think They Found the Youngest Planet in the Galaxy

From Our Partners
NanoVMs Has Innovative Technology That Protects The World From Cyberattacks
8. 23. 21
Read More
Born in the 80s
Astronomers May Have Found a Star That's Just 33 Years Old
8. 6. 20
Read More
Plug And Play
The World Cup Is So High Tech That They Have to Charge the Balls
5:12 PM
Read More
+Social+Newsletter
TopicsAbout UsContact Us
Copyright ©, Camden Media Inc All Rights Reserved. See our User Agreement, Privacy Policy and Data Use Policy. The material on this site may not be reproduced, distributed, transmitted, cached or otherwise used, except with prior written permission of Futurism. Articles may contain affiliate links which enable us to share in the revenue of any purchases made.
Fonts by Typekit and Monotype.