Astronomers May Have Found a Star That's Just 33 Years Old 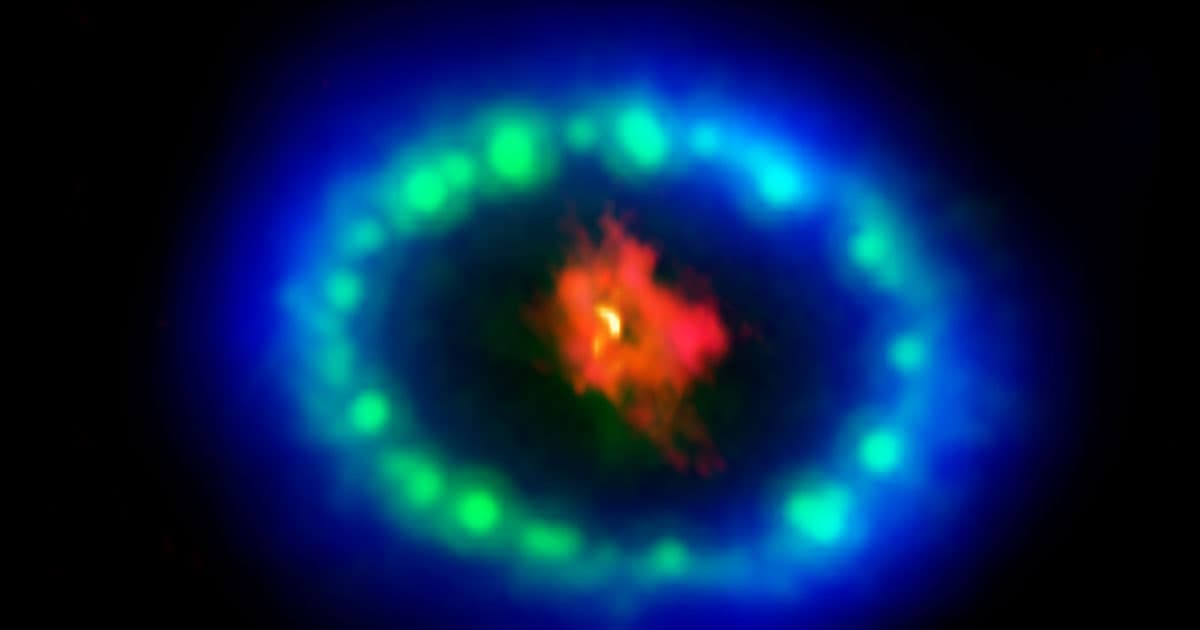 A team of astronomers have observed what they believe to be a neutron star being born following a supernova first detected in 1987, in a satellite galaxy of the Milky Way 170,000 light-years from Earth, dubbed SN 1987A.

Until now, astronomers weren't sure if the neutron star survived the powerful event and didn't just collapse in on itself to form a black hole — but a new paper published last week in The Astrophysical Journal suggests that it may have survived after all.

That means the neutron star would be a millennial, no older than 33.

If confirmed, it would be the youngest neutron star known to mankind, as Astronomy reports. To date, the youngest supernova remnant is the 330 years old Cassiopeia A, about 11,000 light-years away from Earth inside the Milky Way.

Analyzing high-resolution imagery from the Atacama Large Millimeter/submillimeter Array (ALMA) in Chile, a team of astronomers was able to get a closer look at what was left behind following SN 1987A.

They found a hot "blob" inside the core of the supernova, likely a gas cloud shrouding the neutron star. The star itself would be far too small to be detected directly, as it's extremely small and dense — the mass of 1.4 times the Sun inside a sphere that's only 15 miles across.

"We were very surprised to see this warm blob made by a thick cloud of dust in the supernova remnant," Mikako Matsuura from Cardiff University who made the discovery with ALMA, said in a statement.

"There has to be something in the cloud that has heated up the dust and which makes it shine. That’s why we suggested that there is a neutron star hiding inside the dust cloud," Matsuura added.

"In spite of the supreme complexity of a supernova explosion and the extreme conditions reigning in the interior of a neutron star, the detection of a warm blob of dust is a confirmation of several predictions," lead author Dany Page, astrophysicist at the National Autonomous University of Mexico, explained in the statement.

According to computer models, the neutron star would have been sent screaming through space at hundreds of kilometers per second. The location where the ALMA team found it is exactly where it would be today, according to the models.

The theoretical star was also found to be extremely bright, in large part thanks to its hypothesized temperature of around five million degrees Celsius.

It will take time until the existence of the star can be confirmed. The dust and gas around the supernova need to subside further for astronomers to say with any certainty that the extremely young star really exists.

Read This Next
Positron Electron
Neutron Star's "Halo" Could Help Solve Antimatter Mystery
More on Sci-Fi Visions
What is Happening
Feb 1 on the byte
Elon Musk Sets His Twitter Account to Private
From the Dept. of...
Jan 30 on futurism
The Best Humidifiers of 2023
Human v. Giraffe
Jan 24 on the byte
Chaotic Italian Fashion Line Baffles Facial Recognition Software
READ MORE STORIES ABOUT / Sci-Fi Visions
Keep up.
Subscribe to our daily newsletter to keep in touch with the subjects shaping our future.
+Social+Newsletter
TopicsAbout UsContact Us
Copyright ©, Camden Media Inc All Rights Reserved. See our User Agreement, Privacy Policy and Data Use Policy. The material on this site may not be reproduced, distributed, transmitted, cached or otherwise used, except with prior written permission of Futurism. Articles may contain affiliate links which enable us to share in the revenue of any purchases made.
Fonts by Typekit and Monotype.