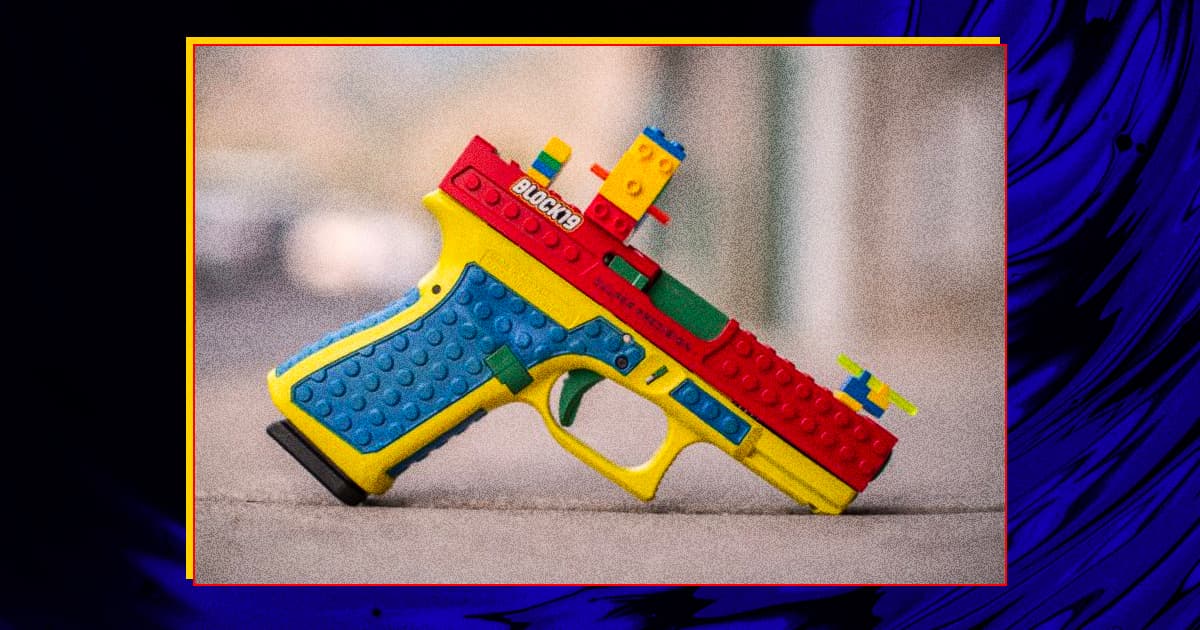 Lego, needless to say, was not pleased.

Lego, needless to say, was not pleased.

The goal was to counter gun control advocates and “draw attention to the fact that the shooting sports are SUPER FUN!” according to the company. But the Lego-covered guns threaten to make a bad situation even worse, The Washington Post reports, as thousands of kids already happen upon guns and accidentally shoot themselves or others every year.

While gun advocates reveled in the absurdity of a “super cool” Lego firearm on online forums, others were horrified by what they saw as a serious danger to child safety.

“Nothing says you are stupid [more] than making your real gun look like a toy,” reads a comment on a gun blog identified by WaPo. “This is the dumbest idea I have ever seen.”

In the US, it’s illegal to sell toys that are exact gun replicas. But selling or modifying real guns took look like replicas of toys, WaPo reports, is okay. In the past, police have also encountered guns made to look like Nerf dart guns. While alarming, especially considering a scenario where kids encounter an unsecure gun and can’t tell the difference, there’s no federal law preventing this sort of modification.

But Culper Precision president Brandon Scott wasn’t concerned. He implied to WaPo that the pain of losing a child to an unsecured firearm ought to be punishment enough for any parents who leave the BLOCK19 — which, again, is a deadly weapon deliberately disguised as a child-friendly toy — lying around.

Scott’s technically-legal-but-questionable product, however, is no more. While the law couldn’t stop the BLOCK19, Lego could. After getting a “polite” cease-and-desist letter from the company on Monday, he told WaPo, Scott decided to comply.

READ MORE: ‘SUPER FUN’: A gun covered in Legos to look like a toy sets off a furor [The Washington Post]

Gun Point
Federal Judge: It’s Illegal to Post 3D-Printed Gun Designs Online
11. 14. 19
Read More
You Can’t Legally 3D Print Guns Quite Yet
7. 31. 18
Read More
With No Legislation Imminent, Companies Are Stepping in to Limit Access and Visibility of Guns
3. 10. 18
Read More
+Social+Newsletter
TopicsAbout UsContact Us
Copyright ©, Camden Media Inc All Rights Reserved. See our User Agreement, Privacy Policy and Data Use Policy. The material on this site may not be reproduced, distributed, transmitted, cached or otherwise used, except with prior written permission of Futurism. Fonts by Typekit and Monotype.