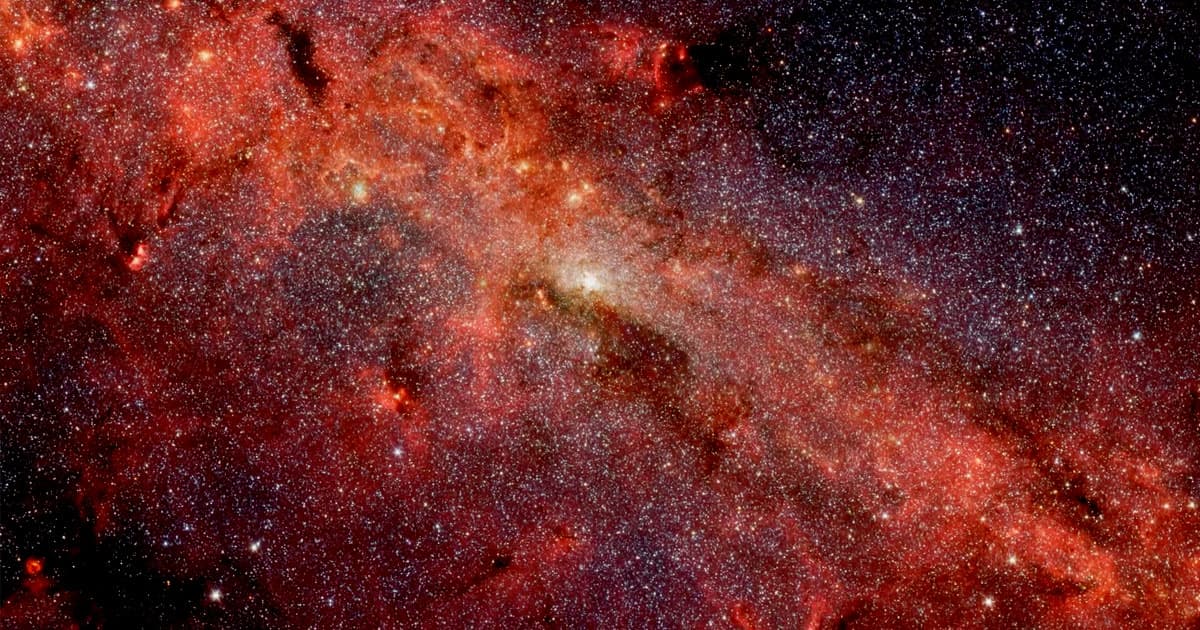 Welcome to the "galactic underworld."

Welcome to the "galactic underworld."

Even stars die eventually. And even stars need a final resting place. Researchers at the University of Sydney endeavored to uncover such a place, searching for the celestial remains of ancient suns that have either collapsed into black holes or neutron stars.

What they found — and successfully charted for the first time — was a stellar graveyard far exceeding the height of our own galaxy. Publishing their accompanying study in Monthly Notice of the Royal Astronomical Society, the researchers aptly call their discovery a "galactic underworld."

"The 'height' of the galactic underworld is over three times larger in the Milky Way itself,"  said lead author David Sweeney, a Sydney Institute for Astronomy PhD student, in a press release. "And an amazing 30 percent of objects have been completely ejected from the galaxy."

Both black holes and neutron stars are formed in the aftermath of a supernova, a cataclysmic explosion that occurs when massive stars collapse in on themselves at the end of their lifespan. The powerful explosion blasts these stellar remnants out into dark regions of space, where they prove elusive to astronomers.

But by meticulously simulating the lifespan of the quondam stars, the researchers were able to predict where their corpses ended up.

"The hardest problem I had to solve in hunting down their true distribution," Sweeney said, "was to account for the ‘kicks’ they receive in the violent moments of their creation."

"Supernova explosions are asymmetric, and the remnants are ejected at high speed — up to millions of kilometers per hour — and, even worse, this happens in an unknown and random direction for every object."

The charting of this underworld is a fascinating endeavor, but what the researchers found particularly remarkable was its composition.

"These compact remnants of dead stars show a fundamentally different distribution and structure to the visible galaxy," said Sweeney.

Sanjib Sharma, a research fellow at the University of Sydney who helped chart the graveyard, was also impressed.

"I expected that the galactic underworld would be subtly different, but similar in broad strokes," Sharma said in the release. "I was not expecting such a radical change in form."

Big "Bang"
Astronomers Claim to Have Spotted the Most Massive Black Hole Merger Ever
9. 2. 20
Read More
No Ethics
San Francisco Cops Now Allowed to Use Robots to Kill People
5:54 PM
Read More
Plug And Play
The World Cup Is So High Tech That They Have to Charge the Balls
5:12 PM
Read More
+Social+Newsletter
TopicsAbout UsContact Us
Copyright ©, Camden Media Inc All Rights Reserved. See our User Agreement, Privacy Policy and Data Use Policy. The material on this site may not be reproduced, distributed, transmitted, cached or otherwise used, except with prior written permission of Futurism. Articles may contain affiliate links which enable us to share in the revenue of any purchases made.
Fonts by Typekit and Monotype.