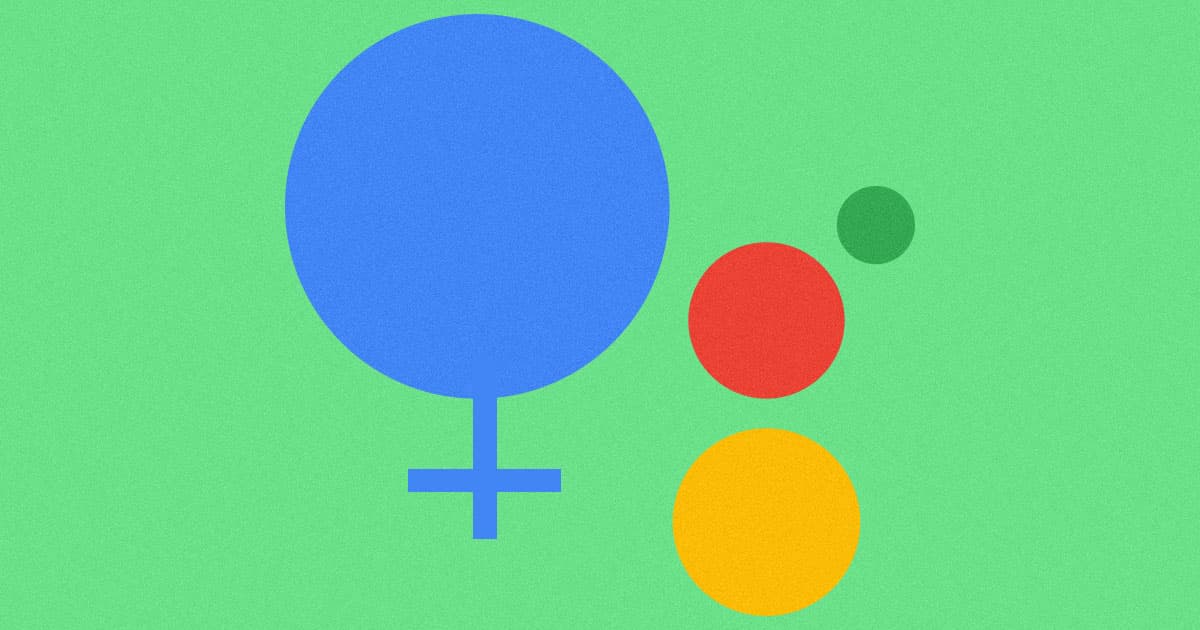 Google: We Weren’t Being Sexist Giving Assistant a Female Voice

Using a female voice was just easier, the company says.

Using a female voice was just easier, the company says.

In May, the United Nations released a troubling report, arguing that female-sounding voices for AI assistants such as Apple's Siri and Amazon's Alexa perpetuate gender biases and encourage users to be sexist.

Now, Google has come out to explain why it chose to give its Assistant a female-sounding voice — and the search giant says it has nothing to do with gender biases and everything to do with the available technology.

According to Google Assistant product manager Brant Ward, Google initially planned to launch Assistant with a male voice. The problem, he told Business Insider, was that the audio produced by text-to-speech systems was easier to understand if delivered in a higher-pitched, female-sounding voice.

"At the time, the guidance was the technology performed better for a female voice," Ward said. "The [text-to-speech] systems in the early days kind of echoed [early systems] and just became kind of more tuned to female voices."

Thankfully, text-to-speech tech has come a long way since then, meaning a wider range of voices for Assistant.

In fact, Google just added new voices for the AI in nine languages on Wednesday, using colors and not names to differentiate between them. English-speaking users, meanwhile, can already choose from between 11 different voices for Assistant — including that of male crooner John Legend.

READ MORE: A UN study suggested it's sexist for voice assistants like Siri or Alexa to have female voices — but Google says it wanted to use a male voice from the very beginning [Business Insider]

Private Answer
Apple: Humans Will No Longer Review Siri Recordings
8. 2. 19
Read More
AI-firmative Action
Experts: To Solve AI’s Bias Problem, Hire Fewer White Men
4. 17. 19
Read More
Conspiracy Theory Alert: Google Might Have Faked That AI Demo Call
5. 17. 18
Read More
+Social+Newsletter
TopicsAbout UsContact Us
Copyright ©, Camden Media Inc All Rights Reserved. See our User Agreement, Privacy Policy and Data Use Policy. The material on this site may not be reproduced, distributed, transmitted, cached or otherwise used, except with prior written permission of Futurism. Articles may contain affiliate links which enable us to share in the revenue of any purchases made.
Fonts by Typekit and Monotype.