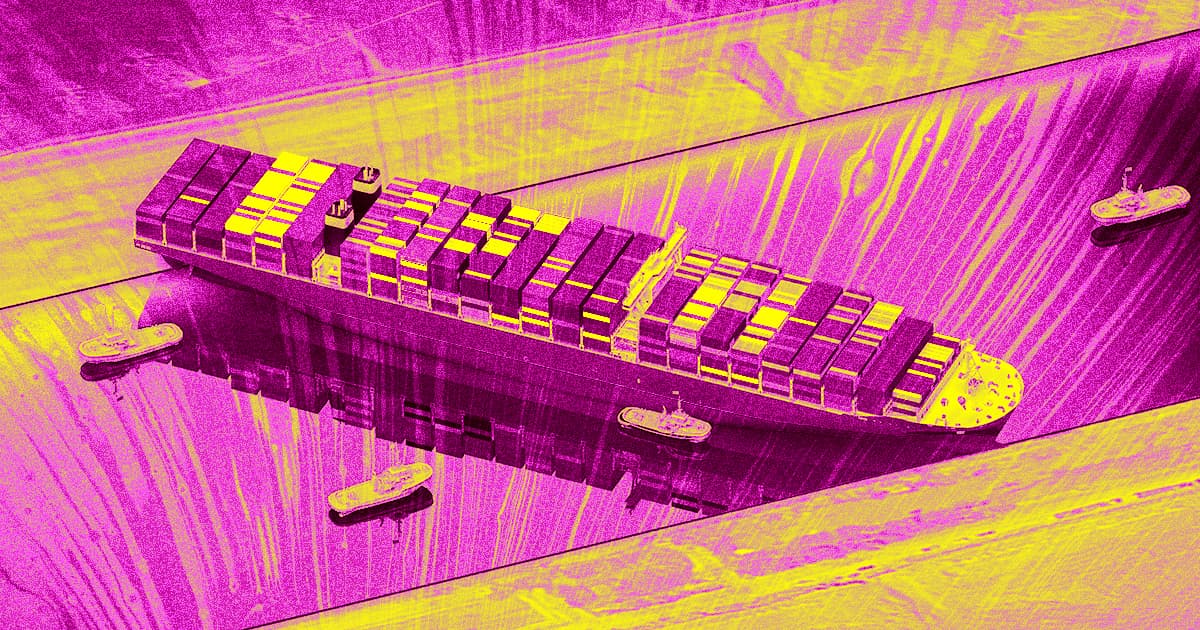 Enough is enough: They're making the canal wider.

Enough is enough: They're making the canal wider.

It happened again: Another gigantic shipping vessel temporarily blocked the Suez Cana on Thursday, temporarily stopping traffic at what's one of the most important waterways for global trade.

A ship from Panama called the Coral Crystal got stuck after traveling about 33 miles into the canal, as originally reported by the Arabic language news outlet Al-Ain, blocking one lane and forcing authorities to divert four ships that were stuck behind it. The temporary blockage was resolved thanks to the canal's tugboats, according to Metro — but not without serving as a brief reminder of how one glitch in the global shipping industry can cause a financially-devastating chain reaction.

It's a relief that the Coral Crystal didn't get stuck as badly as the Ever Given, the ship that blocked the entire canal for about a week back in March. Compared to that fiasco, the Coral Crystal seemed like a cakewalk — not unlike when another ship called the Maersk Emerald got stuck in the canal in May but thankfully didn't block any others from passing by.

At 738 feet, the Coral Crystal is only about half as long as the Ever Given, making it far easier for authorities to refloat and send on its way. That's even with its 43,000 tons of cargo, according to Metro.

Still, canal authorities seem to be fed up with this year's string of ship failures and unintentional blockades. As Metro notes, they're now working on a huge project to widen key parts of the canal in hopes that some of the larger ships passing through manage to avoid getting stuck and breaking down.

More on the Suez Canal: Watch the Amazing Moment as the Giant Ship Finally Gets Unstuck

Stay Away
Tesla Is Having Extreme Trouble Hiring, for Some Reason
Tuesday
Read More
It Was the Tesla
Manslaughter Case Has a Strange Twist: Tesla That Killed Couple Was on Autopilot
Nov 1
Read More
Xxplosive
Electric Bikes Have a Small Problem: They Keep Bursting Into Flames
Oct 31
Read More
+Social+Newsletter
TopicsAbout UsContact Us
Copyright ©, Camden Media Inc All Rights Reserved. See our User Agreement, Privacy Policy and Data Use Policy. The material on this site may not be reproduced, distributed, transmitted, cached or otherwise used, except with prior written permission of Futurism. Articles may contain affiliate links which enable us to share in the revenue of any purchases made.
Fonts by Typekit and Monotype.