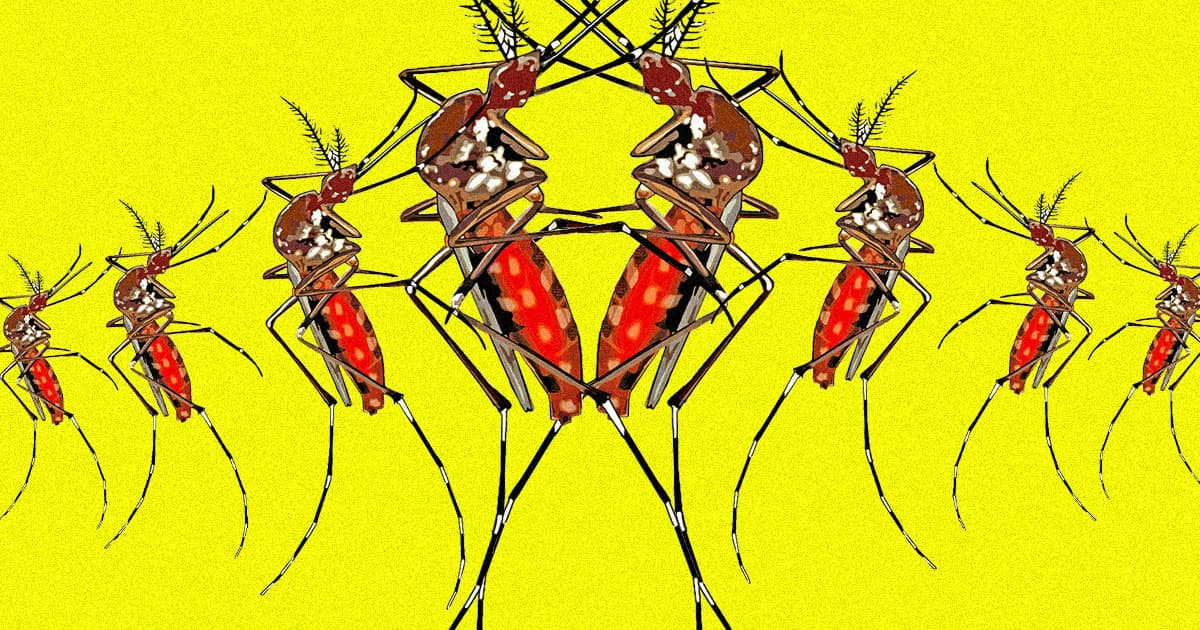 Gene-Hacked Mosquito Researchers Are Battling Amongst Themselves

More than half the authors behind a controversial study are calling for its retraction.

More than half the authors behind a controversial study are calling for its retraction.

In September, the journal Scientific Reports published a study detailing what happened when a team of researchers gene-edited mosquitoes to be infertile and then released the bugs into the wild.

TL;DR: the plan, intended to decrease the population of disease-spreading mosquitoes, was a dismal failure. Not only did the population bounce back within 18 months, but according to the study, the offspring of the modified and wild mosquitos could be even "more robust" than the purely wild mosquitos.

But that was apparently a surprise to six of the study's 10 authors — and they're now calling for a retraction of their own paper.

One of the study's co-authors, Margareth Capurro from the University of São Paulo, told Revista Questão de Ciência, a Brazilian science magazine, that the version of the mosquito study published in Scientific Reports was different from the version she and her colleagues agreed to have published.

"Dr. Capurro does not support the inflammatory, dramatic, and speculative statements contained in the manuscript," the molecular biologist's lawyer wrote in a statement to Science magazine. Specifically, she's taken issue with the study's suggestion that the hybrid mosquitoes are likely tougher to kill than the wild ones.

The study's lead author, Jeffrey Powell, however, told Science he stands by the paper's claims. So right now, it seems the onus is on Scientific Reports to decide whether the mosquito study should stand as written, be revised, or be retracted altogether.

More on the mosquito study: Gene-Hacking Mosquitoes to Be Infertile Backfired Spectacularly

There They Go
Biotech Company Officially Unleashes Gene-Hacked Mosquitoes in Florida
5. 5. 21
Read More
Gene-Hacked Blood Suckers
Residents Furious at Release of 500 Million Gene-Hacked Mosquitoes
4. 26. 21
Read More
A New Study Shows Mosquitoes Can Be Trained Not to Bite Specific Humans
1. 28. 18
Read More
+Social+Newsletter
TopicsAbout UsContact Us
Copyright ©, Camden Media Inc All Rights Reserved. See our User Agreement, Privacy Policy and Data Use Policy. The material on this site may not be reproduced, distributed, transmitted, cached or otherwise used, except with prior written permission of Futurism. Articles may contain affiliate links which enable us to share in the revenue of any purchases made.
Fonts by Typekit and Monotype.