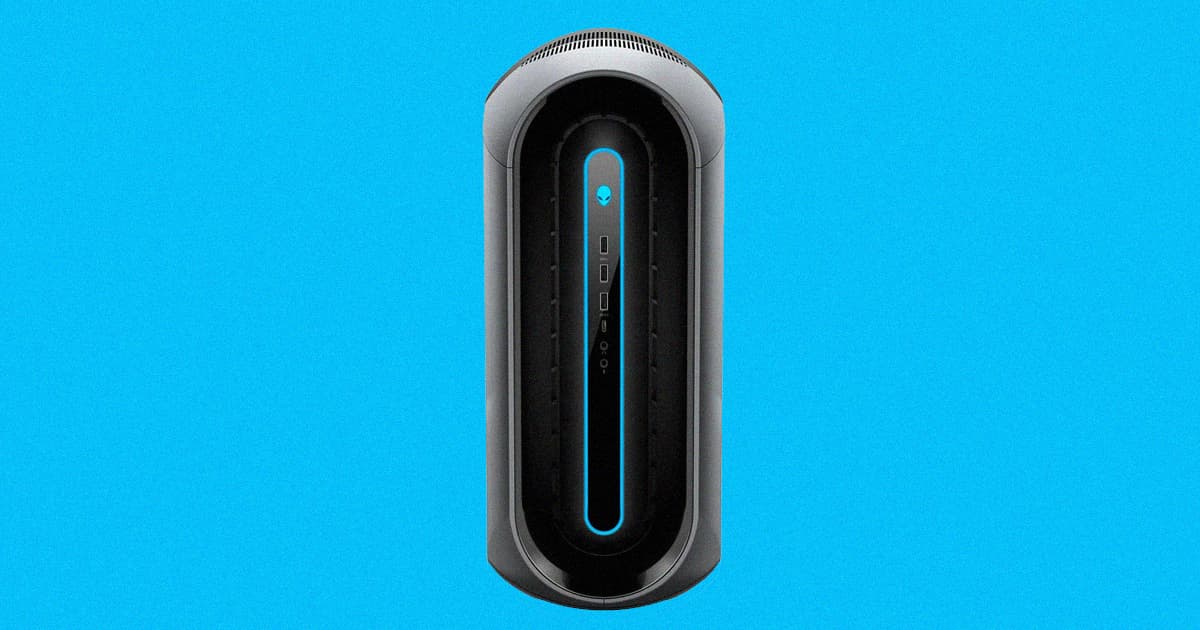 Some Alienware computers are too energy intensive for new state regulations.

Some Alienware computers are too energy intensive for new state regulations.

Alienware, a gaming-specific computer company owned by Dell, now sells PCs that are so powerful and energy-intensive that several states have banned them.

Thanks to newly-implemented restrictions on the energy usage of specific consumer electronics including personal computers, the Alienware Aurora Ryzen Edition R10 or R12 gaming computers cannot be legally sold in California or other states with strict power consumption laws, The Register reports — a reminder of the tangible impacts our gadgets have on the environment.

"This product cannot be shipped to the states of California, Colorado, Hawaii, Oregon, Vermont or Washington due to power consumption regulations adopted by those states," reads a prominent warning on Dell's online shop for the affected computers. "Any orders placed that are bound for those states will be canceled."

The specific gaming rigs are Energy Star compliant, Motherboard notes. But a set of new consumer electronic regulations that California signed into law in 2016 just came into effect at the beginning of the month, and the Alienware machines didn't even come close to making the cut.

According to Dell's specs, the Aurora R12 can be outfitted with a 1,000 watt power supply, which is as energy intensive as many residential air conditioning units. To be fair, though, PCs use less power when they're taking on less computationally-intensive tasks.

"Yes, this was driven by the California Energy Commission (CEC) Tier 2 implementation that defined a mandatory energy efficiency standard for PCs — including desktops, [all-in-one cooling systems] and mobile gaming systems," a Dell spokesperson told The Register. "This was put into effect on July 1, 2021. Select configurations of the Alienware Aurora R10 and R12 were the only impacted systems across Dell and Alienware."

Ironically, the restrictions that will keep overpowered gaming rigs out of California may not apply to far more energy-intensive and environmentally-damaging practices like crypto mining. As Motherboard notes, it's unclear whether the new energy restrictions would count professional mining rigs — currently legal in California and on track to consume as much energy worldwide as Italy — will be considered "personal electronics" or not.

READ MORE: Dell won't ship energy-hungry PCs to California and five other US states due to power regulations [The Register]

More on gaming rigs: Gaming CEO: Brain Interfaces Will Allow Us To Edit Our Feelings

FROM THE DEPT. OF THINGS TO BUY
Byte-Sized Review: Alienware Tri-Mode Wireless Gaming Mouse Packs Unmatched Speed and Precision
11. 2. 22
Read More
Glow-in-The-Dark Cement May Be Coming to a Road Near You
6. 17. 16
Read More
There's a New Way to Generate Power Using Seawater
5. 24. 16
Read More
+Social+Newsletter
TopicsAbout UsContact Us
Copyright ©, Camden Media Inc All Rights Reserved. See our User Agreement, Privacy Policy and Data Use Policy. The material on this site may not be reproduced, distributed, transmitted, cached or otherwise used, except with prior written permission of Futurism. Articles may contain affiliate links which enable us to share in the revenue of any purchases made.
Fonts by Typekit and Monotype.