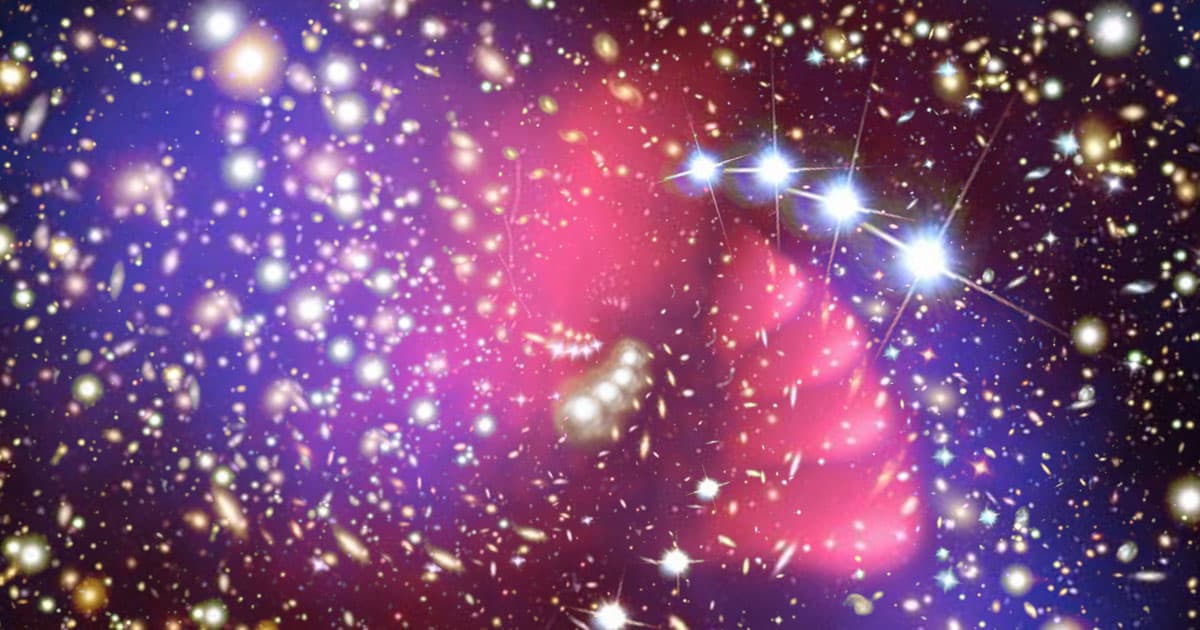 "It reminds me of the old expression of 'when the cat's away, the mice will play.'"

"It reminds me of the old expression of 'when the cat's away, the mice will play.'"

A distant galaxy cluster has been churning out new stars at a dizzying pace — and now astronomers think they know why.

‘Turns out: The cluster’s supermassive black hole has been sleeping on the job, according to research published Thursday in The Astrophysical Journal Letters. While the scientists aren’t exactly sure why the black hole is so quiet, they do know that its absence allows the cluster to make new stars 300 times faster than the Milky Way does.

One leading guess: The black hole is starving. The galaxy cluster, dubbed SpARCS1049, is made up of hundred to thousands of galaxies. But its central galaxy, where the supermassive black hole is located, is far away from its most densely-packed galaxy, suggesting that the black hole ran out of nearby food.

“It reminds me of the old expression of ‘when the cat’s away, the mice will play,'” lead author Julie Hlavacek-Larrondo of the University of Montreal said in a press release. “Here the cat, or black hole, is quiet and the mice, or stars, are very busy.”

In a galaxy cluster like SpARCS1049, an active supermassive black hole blasts out energy as it feeds, bringing anything nearby to insanely high temperatures, which inhibits star formation.

“Without the black hole actively pumping energy into its surroundings, the gas can cool enough so this impressive rate of star formation can happen,” said University of Montreal scientist Carter Rhea. “This kind of black hole shut down may be a crucial way for stars to form in the early Universe.”

More on galaxy clusters: Astrophysicists Warn That Entire Galaxies “Are Being Killed”