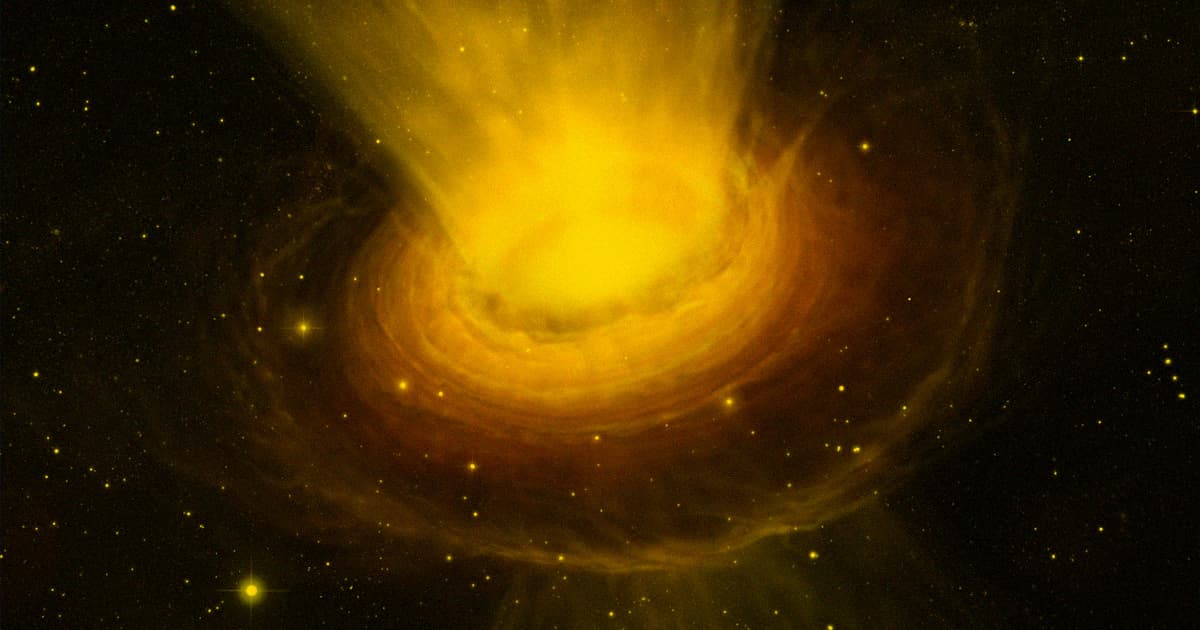 This could explain a lot about our galaxy.

This could explain a lot about our galaxy.

Most of the supermassive black holes which lurk at the cores of galaxies spin at boggling speeds.

But compared to them, Live Science reports, the Milky Way's central black hole seems content to take it slow and steady. New research suggests that our black hole spins much slower than others, which has far-reaching implications for the star systems located toward the innermost reaches of the galaxy.

A fast-spinning black hole will drag anything orbiting nearby into the trail of its spin, Live Science reports, not unlike how the outer arms of the Milky Way spiral around the center of the galaxy. But research published this month in the Astrophysical Journal Letters found that a network of stars very close to our black hole still follow their original orbits.

These stars are particularly old — so if our black hole was spinning fast, they would have long since been dragged off course. As a result, the Harvard and Northwestern University scientists behind the study found that our central black hole is spinning — at the absolute most — at ten percent the speed of light. Compared to its peers, that's barely a crawl.

That slow spin — which Live Science reports could be confirmed by upcoming research attempting to directly image the area around the black hole — also explains why the black hole is particularly calm.

Faster-spinning supermassive black holes will blast out powerful jets of the matter they gobble up, and no such jets seem to be emerging from the Milky Way, so maybe we shouldn't tease the black hole for slowing down a bit.