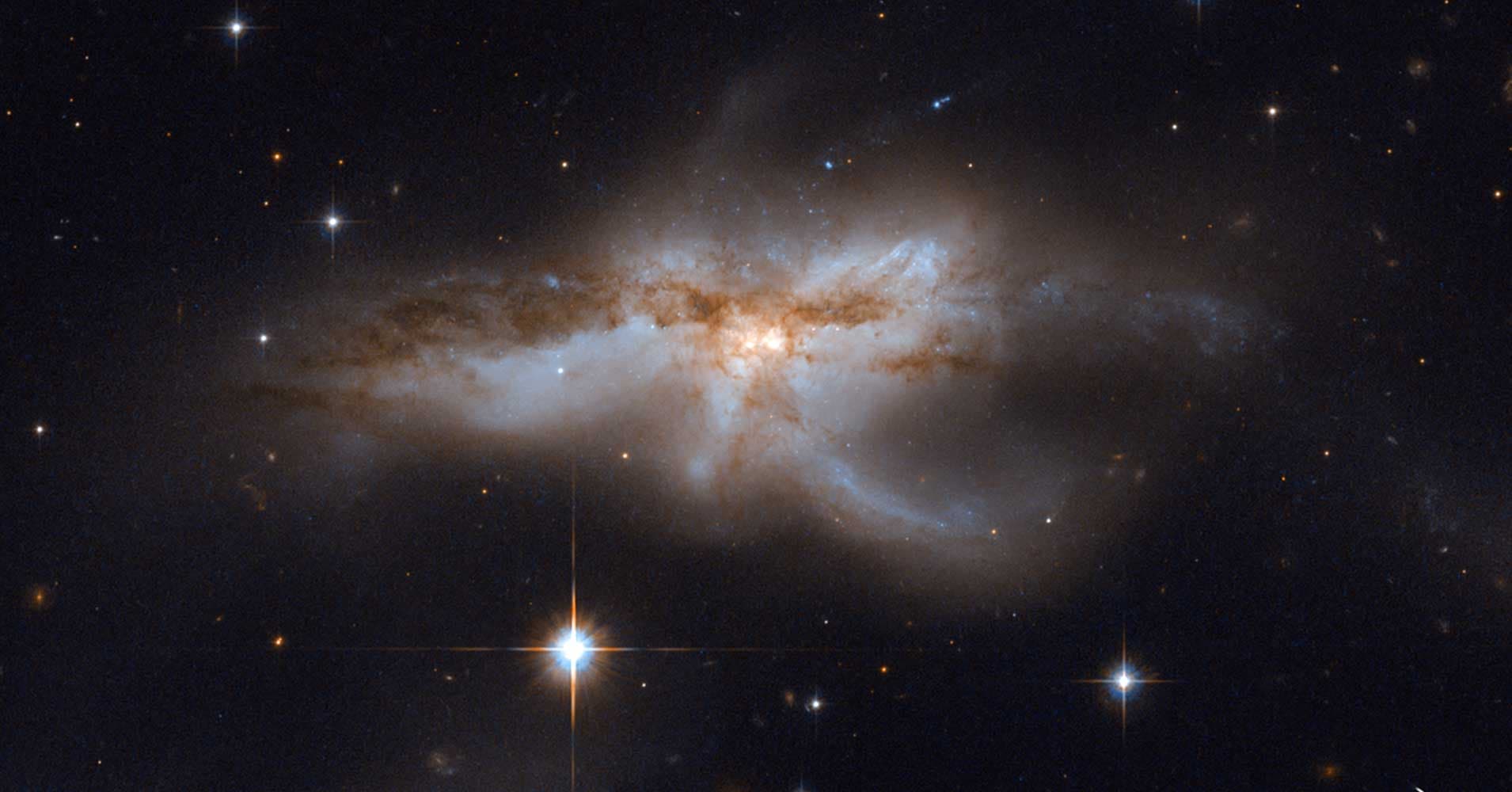 When Galaxies Merge, The Black Holes In Their Hearts Fuse Together

Yeah, it sounds goth, but it could explain the enormous size of certain black holes.

Yeah, it sounds goth, but it could explain the enormous size of certain black holes.

Moving in with a romantic partner is a big step, even for galaxies.

According to new research, when two galaxies merge, the black holes in their hearts fuse together. That not only sounds vaguely romantic, but could also explain how certain black holes grow so large.

For the study, which was published Wednesday in the journal Nature, a team of researchers used Hawaii's W.M. Keck Observatory and the Hubble Space Telescope to probe the centers of merging galaxies. They found that the black holes at the galaxies' hearts first drew close before merging into a single black hole.

"Seeing the pairs of merging galaxy nuclei associated with these huge black holes so close together was pretty amazing," said lead researcher Michael Koss, a scientist at astrophysics research organization Eureka Scientific, in a press release. "In our study, we see two galaxy nuclei right when the images were taken."

According to the researchers, the findings likely foreshadow the future of our own galaxy, the Milky Way, which astronomers predict will merge with the nearby Andromeda galaxy in a few billion years.

We'll probably be long gone, but it's nice to think that our galactic home will finally find its soul mate.

Dark Matter Mystery
Dark Matter's Effect Is 10x What It Should Be, Scientists Say
9. 11. 20
Read More
Hubble Discovery Suggests We May Need New Physics to Explain Dark Matter
10. 27. 17
Read More
Do The Worm
Scientists Name "Funky Worm" Amphibian After a Weird 70s Funk Song
Yesterday
Read More
+Social+Newsletter
TopicsAbout UsContact Us
Copyright ©, Camden Media Inc All Rights Reserved. See our User Agreement, Privacy Policy and Data Use Policy. The material on this site may not be reproduced, distributed, transmitted, cached or otherwise used, except with prior written permission of Futurism. Articles may contain affiliate links which enable us to share in the revenue of any purchases made.
Fonts by Typekit and Monotype.