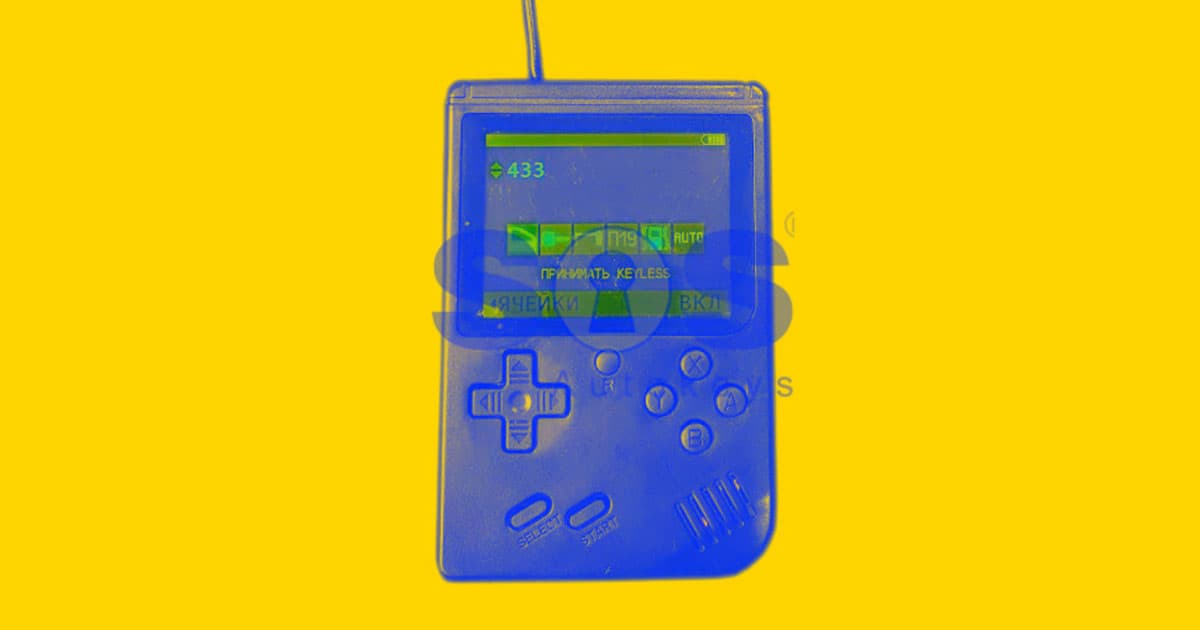 This $25,000 Gadget Can Steal Almost Any Car That Starts With a Fob

It's stylized like a Nintendo Game Boy, but you won't be able to play "Super Mario Land" on it.

Instead, the $25,000 device is designed to emulate the signal from a whole host of car makers' key fobs. In other words, The Drive reports, it's a skeleton car key — a devious gadget that lets you steal almost any modern car.

The SOS Key Tool is being sold by SOS Autokeys, a Bulgarian company that claims it doesn't want to break any laws, according to The Drive. But potential owners won't have to go through a background check, either. So, uh, we're sure that everything they do will be perfectly legit.

By activating a proximity system through the press of a button, owners of the shady device can scan and record any signal coming from the target car. The tool will even allow you to start the car through keyless ignition.

A similar technology was likely used by hackers who targeted Teslas in August of last year. Thieves showed up on home security video footage walking up to a Tesla owner's home with what appeared to be some sort of device, likely attempting to spoof the vehicle's fob signal.

As soon as The Drive published its story, all traces of the device seemed to disappear. Has law and order prevailed?

Pwning Tesla
Tesla Is Giving Away a Model 3 if You Can Successfully Hack One
1. 15. 19
Read More
Degrees Celsius
Crypto Startup in Crisis Insists That Its CEO Isn't Trying to Flee the Country
8:44 PM
Read More
Gifts For Mom
Jeff Bezos Ditches Plan to Land Rockets on Ship Named for His Mom
5:53 PM
Read More
+Social+Newsletter
TopicsAbout UsContact Us
Copyright ©, Camden Media Inc All Rights Reserved. See our User Agreement, Privacy Policy and Data Use Policy. The material on this site may not be reproduced, distributed, transmitted, cached or otherwise used, except with prior written permission of Futurism. Fonts by Typekit and Monotype.