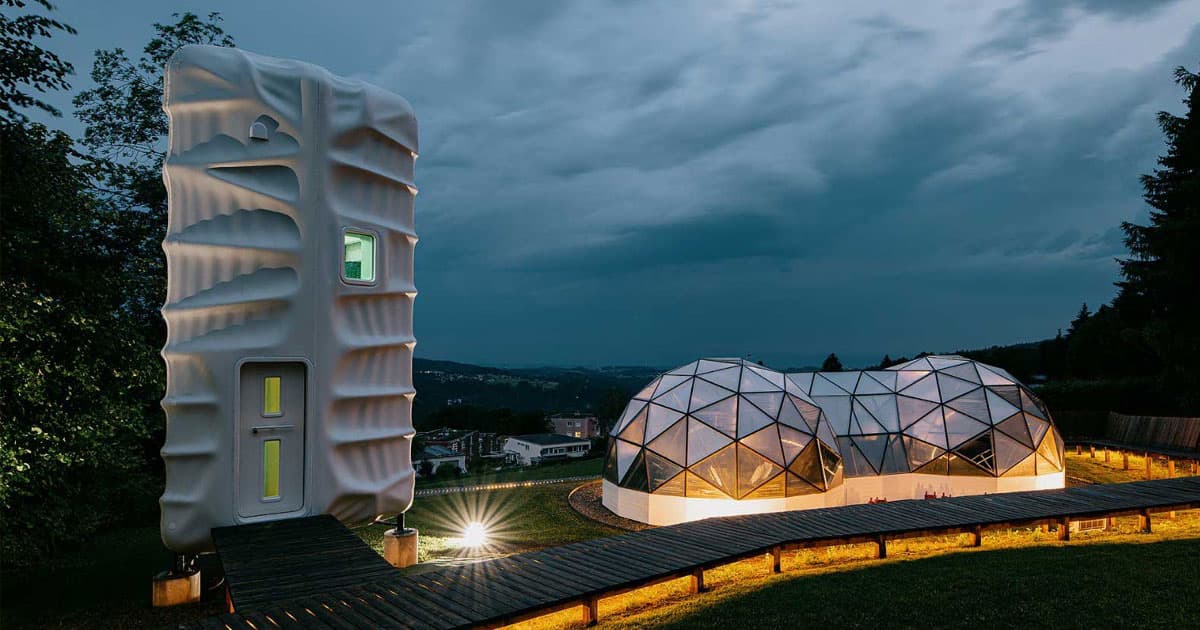 This Futuristic Space Condo Is Designed to Squish Into SpaceX's Starship

"Hopefully, we are going to learn a lot about living on the Moon."

"Hopefully, we are going to learn a lot about living on the Moon."

With the help of Danish space design company SAGA Space Architects, a team of students at a Swiss boarding school designed what they call the Rosenberg Space Habitat (RSH), a futuristic three-story space condo — designed to perfectly fit inside a SpaceX Starship.

Using state-of-the-art manufacturing processes, SAGA's partners in Denmark and Italy then brought the vision to life, installing it at the school's "Future Park," a self-sustaining, "experimental outdoor space," according to a press release.

The RSH — "the world's tallest 3D-printed polymer structure" — is an impressive 23 feet high. It's meant to allow students at the Institute auf dem Rosenberg to learn about what it takes for humans to thrive in space.

To make the experience extra convincing, the team even added a pet: a resident robot in the form of a Boston Dynamics Spot robodog.

The habitat's outer shell was 3D-printed using a special polymer that can be broken down again and reprinted into a different structure.

Its three levels serve different purposes: the ground floor is a research lab, while the second and third provide living and resting space.

"The Rosenberg Space Habitat is state-of-the-art in analog space habitats," said Sebastian Frederiksen, founder of SAGA Space Architects, in the release. "It was developed in record time from initial sketches to the final fully functioning habitat in just months."

The Institute is hoping students will be able to test hardware and software tools to learn what it's like to live on the surface of a different planet.

"This is just the beginning of the habitat, and now the research and education begin," Frederiksen said. "Hopefully, we are going to learn a lot about living on the Moon."

More on space habitats: Russia is Planning to 3D Print a Moon Base