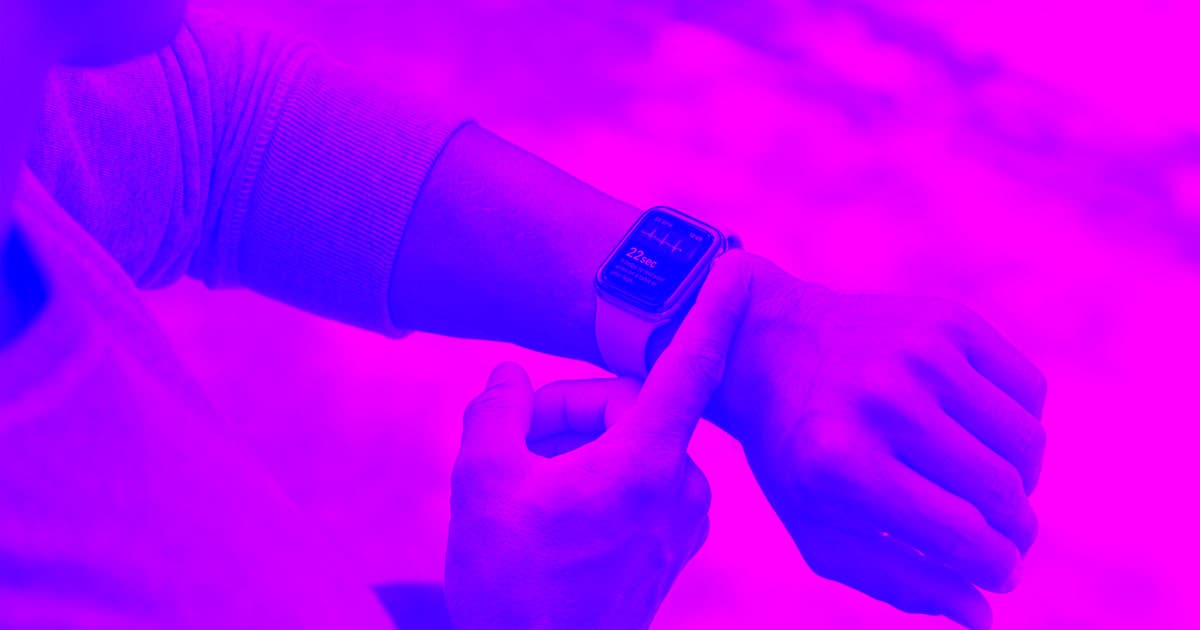 Instead of Fingerprints, Future Apple Watches May Scan Your Wrist

A new patent does away with the usual biometrics.

A new patent does away with the usual biometrics.

Apple was just granted three new patents for the Apple Watch, one of which involves taking an uncomfortably-close look at the skin on your wrist.

Two of the patents are pretty neat — they describe a self-adjusting watch band and a band that lights up when a notification comes in, TechCrunch reports. But the most bizarre of the three describes how the patch of wrist skin beneath the watch could be turned into a personal identifier — like a fingerprint scanner except, you know, on your wrist.

The existence of a patent doesn’t mean that this feature will ever actually be incorporated into the Apple Watch. But all the same, the patent describes how the watch could take an infrared image of the wearer’s wrist, building a map of features like skin texture, arm hair, and any other markings that might be used to verify their identity.

If the system someday makes it to market, it would mark the first biometric security system for Apple’s smart watch — current models lack the fingerprint or face scanners that are used in some cellphone and laptop security systems.

READ MORE: Apple patents Watch band that could ID you from your wrist skin [TechCrunch]