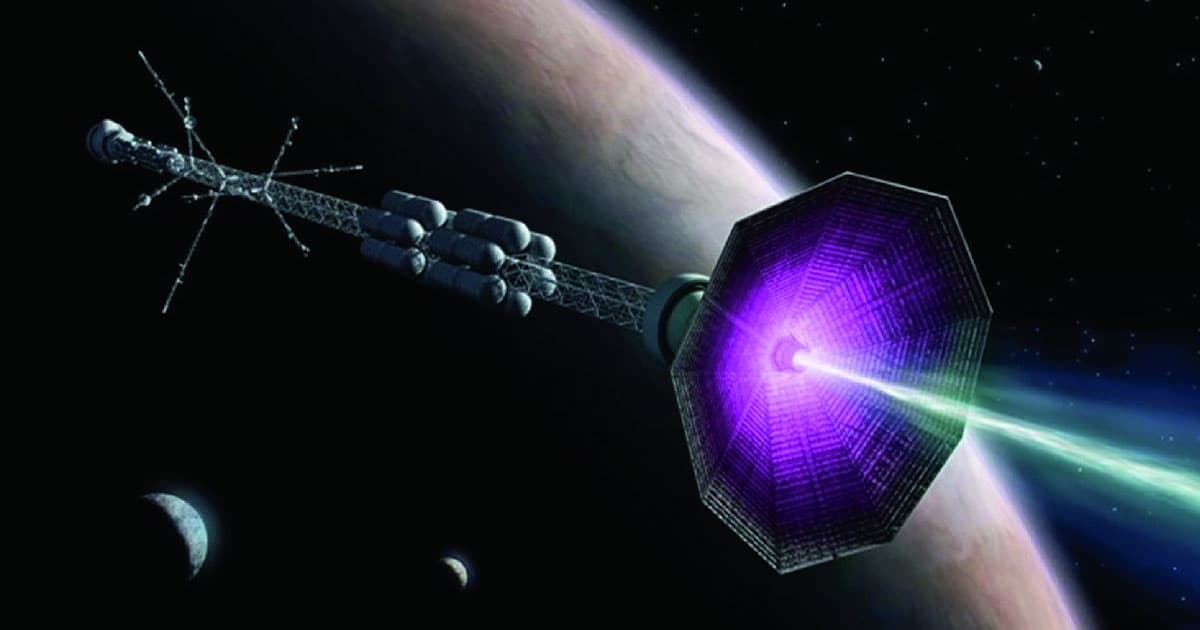 Fusion-Drive Spacecraft: Express Solar System Travel, If We Figure It Out

The concept thruster would make the trip to Titan over twice as fast as Cassini did.

The concept thruster would make the trip to Titan over twice as fast as Cassini did.

A team of scientists is furiously working away at a spacecraft thruster that they say could reach Saturn's moon Titan in less than half the time it took the satellite Cassini.

There's just one catch: They're talking about a fusion drive, Universe Today reports — and thus far scientists are totally unable to harness the power of nuclear fusion in any sort of practical way. But if it somehow comes to fruition, the fusion drive could radically enhance the way we explore the cosmos.

The research, which, holding true to its theoretical nature currently exists in an unpublished preprint form, was conducted by aerospace engineers at New York City College of Technology and Italy's Politecnico di Torino, using data from an experimental drive at the Princeton Plasma Physics Laboratory. The team found that a fusion drive-powered spacecraft could present the best of both worlds: It would have the energy efficiency of an electric engine with the powerful thrust of a fuel-powered one.

And because the fusion drive would also be able to power the spacecraft throughout its mission, it wouldn’t need to carry separate generators.

Of course, this is all speculative, but Universe Today argues that the scientists working on fusion thrusters have time: Earth and Titan won't line up in the ideal position for a launch until the year 2046.

That gives scientists time to develop the perpetually "30-years-away" technology, but there's also a whole lot of chance involved in the assumption it works out.

READ MORE: Impatient? A Spacecraft Could Get to Titan in Only 2 Years Using a Direct Fusion Drive [Universe Today]

Hall Effect
Test Suggests Ion Thrusters Could Power Crewed Interplanetary Missions
Jan 29
Read More
Rolling Coal
Space Travel Will Absolutely Gut the Environment, Scientists Warn
6. 29. 22
Read More
Plastic Power
Startup Tests Rocket Powered by Recycled Plastic
11. 28. 21
Read More
+Social+Newsletter
TopicsAbout UsContact Us
Copyright ©, Camden Media Inc All Rights Reserved. See our User Agreement, Privacy Policy and Data Use Policy. The material on this site may not be reproduced, distributed, transmitted, cached or otherwise used, except with prior written permission of Futurism. Articles may contain affiliate links which enable us to share in the revenue of any purchases made.
Fonts by Typekit and Monotype.