He says his "MEGA drive" could enable spaceflight to neighboring star systems — because, miraculously, it doesn't need any propellant. 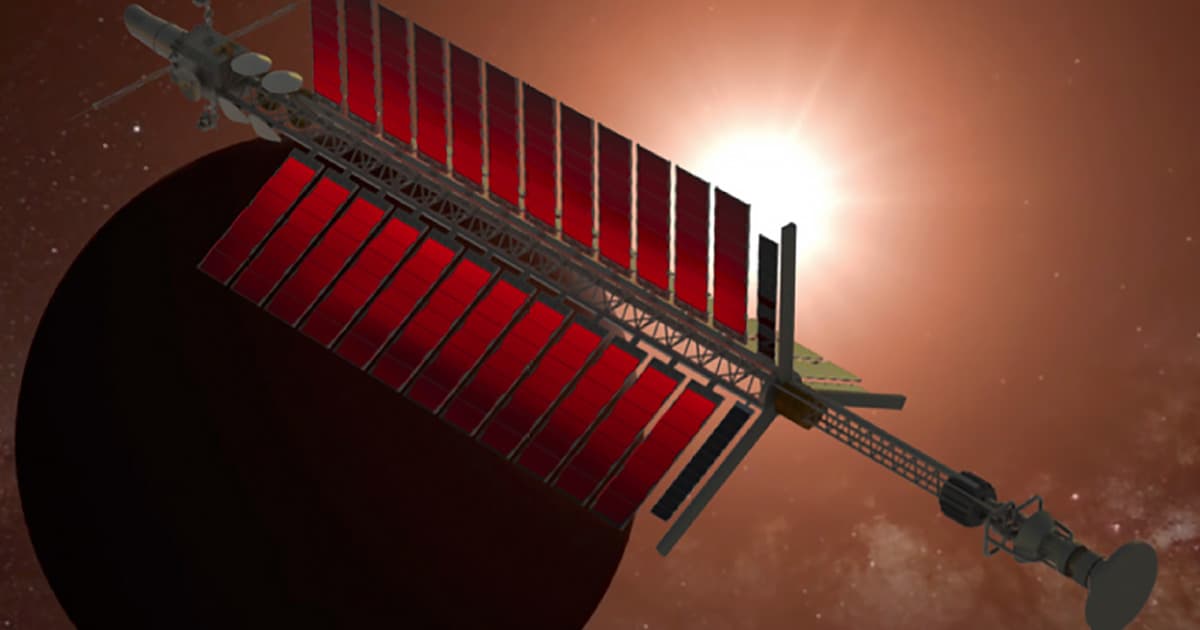 His invention, dubbed  the Mach-effect gravitational assist (MEGA) drive, makes the extraordinary promise of a propulsion system that relies on nothing but a source of electricity — no heavy combustion fuel necessary, as Wired reports in a fascinating new feature.

The idea is to accelerate slowly, but over a very long period of time. According to Woodward, a spacecraft with a MEGA drive could eventually reach velocities approaching the speed of light, with the help of an onboard nuclear reactor to supply decades worth of electric power.

The MEGA drive relies on Mach's principle, named by Albert Einstein himself, which claims that inertia is related to distant gravitational effects. As an object's energy changes, the very matter of space and time changes around it as well, a controversial an interpretation of Einstein's famous mass-energy equivalence principle E=mc².

In other words, according to Wired, if part of an object — in the case of the MEGA drive, parts of tiny piezoelectric disks — were to simultaneously change its mass and energy state, it could theoretically start accelerating.

Woodward's work on his MEGA drive has been ongoing for over thirty years. He was even awarded funding through NASA's Innovative Advanced Concepts program in 2017.

With the grant money, Woodward and his collaborators have even designed a conceptual uncrewed spacecraft called SSI Lambda, an unusual-looking craft that houses an array of about 1,5000 scaled-up MEGA drives.

"I was shocked at the huge increase in measured force," Hal Fearn, close collaborator and physicist at California State University, Fullerton, told Wired.

Yet other researchers are still skeptical of the novel device.

"I'd say there's between a 1-in-10 and 1-in-10,000,000 chance that it’s real, and probably toward the higher end of that spectrum," Mike McDonald, an aerospace engineer at the Naval Research Laboratory in Maryland, told the magazine.

"But imagine that one chance; that would be amazing," he added. "That's why we do high-risk, high-reward work. That’s why we do science."

Woodward and Fearn are now planning to send a demonstration of the device into orbit to test how it fares in space.

More on interstellar travel: New Experiment Will Test EmDrive That Breaks the Laws of Physics

Read This Next
Dark Energy Conundrum
Scientists Boot Up New Device to Map the Universe's Dark Energy
Futurism
Is That Ship From "Passengers" Really Possible?
Futurism
Stephen Hawking Teams With Billionaire to Build An Interstellar Spaceship
Futurism
An Antimatter Drive In Less Than a Decade? It’s Not as Far-Fetched as You Might Think
Futurism
We May Have Finally Seen Gravitational Waves
More on Sci-Fi Visions
From the Dept. of...
Sep 26 on futurism
Amazon Just Announced Its First “Early Access Sale” — Here’s What You Need to Know
From the Dept. of...
Sep 21 on futurism
Save $62 on an Xbox Series X ‘Gears 5’ Bundle
Roid Rage
Sep 21 on neoscope
Steroid Use Linked to a Bunch of Very Bad Brain Problems
READ MORE STORIES ABOUT / Sci-Fi Visions
Keep up.
Subscribe to our daily newsletter to keep in touch with the subjects shaping our future.
+Social+Newsletter
TopicsAbout UsContact Us
Copyright ©, Camden Media Inc All Rights Reserved. See our User Agreement, Privacy Policy and Data Use Policy. The material on this site may not be reproduced, distributed, transmitted, cached or otherwise used, except with prior written permission of Futurism. Articles may contain affiliate links which enable us to share in the revenue of any purchases made.
Fonts by Typekit and Monotype.